A viable option with a slew of new difficulties 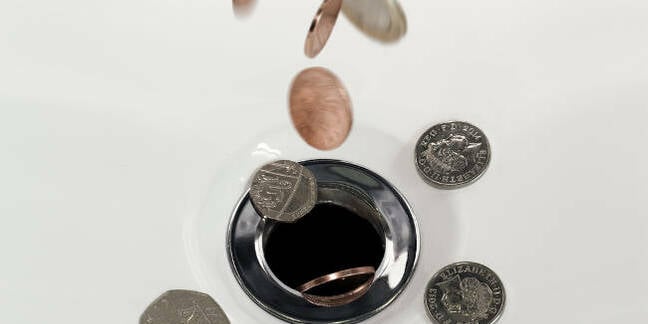 Some Toshiba creditors are thinking the unthinkable, saying the company should seriously consider declaring itself bankrupt.

The reason is that Toshiba now has more obligations than cash, and is worth less than it should be, threatening its ability to survive as a going concern. Toshiba has estimated its liabilities are greater than its assets by more than $5bn.

This is due to its disastrous contracts to build US nuclear power stations through its now-bankrupt subsidiary Westinghouse Electric. As a result it's trying to sell its SSD-making memory unit, with current bids of around ¥2.2tn. Toshiba bosses say such offers would ensure the unit's survival.

However, the bidding process has stalled because flash chip joint venture partner Western Digital Corp is taking it to an international arbitration court, asserting it has veto rights over any sale. The arbitration process could take 16-24 months, which is longer than the time Toshiba has to recapitalise itself.

Reports say creditors, meaning big banks, are urging Toshiba to consider bankruptcy as a way of getting out of the problematic recapitalisation strategy.

However, this would create more problems, such as facing opprobrium in the USA, where it has pledged $5.85bn to pay for Westinghouse-related obligations to nuclear power plant projects in Georgia and South Carolina.

A Toshiba bankruptcy might also delay its cleanup operation at the tsunami-caused meltdown at Japan's Fukushima Daiichi nuclear plant.

Turning atomic reactions into USA electricity has nuked Toshiba's finances and a bankruptcy may be the best way to salvage something from the resulting horrendous mess. Bankruptcy is shameful in Japan, where corporate face is important, but Toshiba's need for billions of yen could override such trifles. ®

The world according to WDC