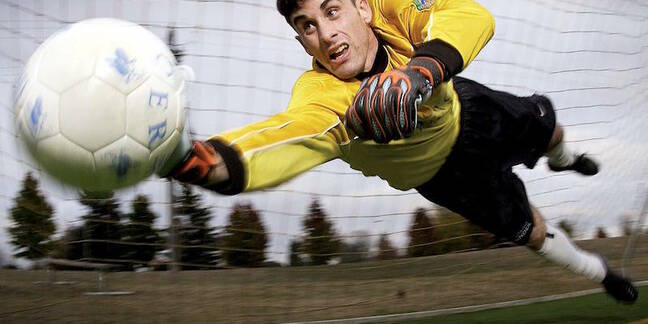 Academic research is always best when it confirms your preconceptions, and a pair of data scientists from Lawrence Technological University have done just that.

Writing in the International Journal of Computer Science in Sport, Lara Yaldo and Lion Shamir say they have created a computational model that will estimate how much a football player should earn based on a set of mostly objective variables.

This includes age, height and preferred foot, as well as their aggression in tackling, reaction times, heading accuracy, sprint speed, stamina (defined as how far they can run at max speed before slowing down), interception and ball control abilities.

The machine learning boffins collected data on these variables for 6,082 active players across 91 leagues by setting a web scraper to work on sofifa.com, and used it to train and test an algorithmic model to predict salary.

They experimented with eight different quantitative pattern recognition methods, and then compared the predictions against actual salaries.

All of the algorithms tested showed statistically significant correlation between the predicted and actual weekly wage, the researchers said.

The model was also able to successfully identify the highest paid footballers, the paper said. For instance, it picked out 61 of the 100 top earning players in 2016 (the probability of this happening at random is (p < 10-5), the researchers say).

And some of their estimates are bang on - for instance, Manchester United’s Paul Pogba - most famed for his eponymous monetary unit at the Reg Standards Bureau - was predicted to earn €168,000 a week - his actual pay is about €180,000.

However, the analysis threw up some major discrepancies: the predicted weekly wage for Barcelona’s Lionel Messi was around €240,000 - less than half of his actual salary of €550,000.

At the other end of the spectrum, the analysis identified players that were undervalued by their clubs.

But, according to the paper, when looking at the absolute difference, the most underpaid players are Manchester City’s Bernardo Silva and Spurs’ Harry Kane, who are both predicted a weekly wage of about €120,000 but get €10,000 and €15,000, respectively.

Although they caution that most skills didn’t have a real impact on the salary on their own, there were some that had a statistically significant difference.

Of course, football clubs don’t set players’ pay based entirely on their skills - as the researchers point out, popularity with fans, broadcasting rights, lucrative sponsorship deals and merchandising opportunities all have a big part to play in setting salary levels.

But the authors suggest that analyses like theirs would make a good starting point for pay negotiations, as well as arguing that starting from such a baseline could have a behavioural impact on the team.

“It has been shown that salary inequality has a negative impact on football player performance,” they wrote. “Knowing that the salaries are determined [using an objective quantitative method as a baseline] might have an impact on the performance of the athlete, who knows that the key for determining the salary is equal to all players.”

*Science, being science, did put some caveats on this.

The Reg notes that throughout the paper, the authors fail to refer to the now well-established Reg Standards Bureau monetary unit, the Pogba (Pg), which is equivalent to the £89,300,000 Manchester United paid to get Paul Pogba back from Juventus last year.

We can only presume it's because they didn't know it was available to them as a converter, which is here.

Remember that 2024 Moon thing? How about Mars in 2033? Authorization bill moots 2028 for more lunar footprints

Bastian Schweinsteiger none too happy with WWII lookalike figure