CMD.EXE gets first makeover in 20 years in new Windows 10 build

Microsoft's making over the Windows Console, the tool that throws up a command line interface and which has hung around in Windows long after DOS was sent to the attic and told not to show itself in polite company.

The company's revealed that in Windows 10 build 16257 the Console will get new … colours.

Microsoft says the change is needed because Windows Console currently uses a lot of blue in hues that are “very difficult to read on a modern high-contrast displays.”

“During the past 20 years, screens & display technology, contrast ratio, and resolution have changed significantly, from CRT's through TFT LCD's to modern-day nano-scale 4K displays,” writes Microsoft's Craig Loewen. “The legacy default scheme was not built for modern displays and does not render as well on newer high-contrast LCD displays.”

Hence the change depicted below. 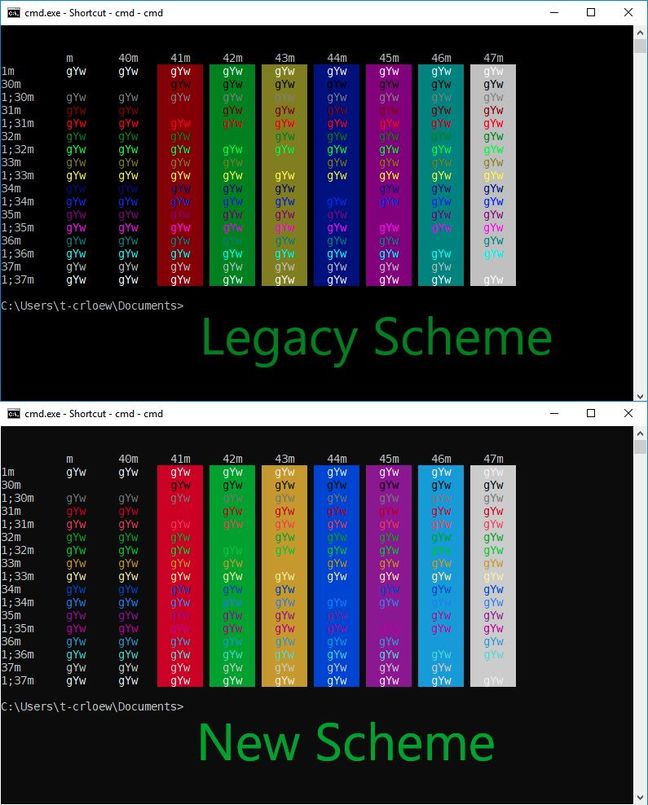 The Register imagines that its readers will welcome anything that makes a CLI easier to use, so feels duty-bound to point out that for now you need to do a fresh install of Build 16257 to get your eyes on the new palette. Loewen also says “We'll soon be publishing a tool that will help you apply this new scheme and a selection of alternative color schemes to your Windows Console.”

Those of you who upgrade to Build 16257 will not find any custom palettes over-written, or overridden. ®