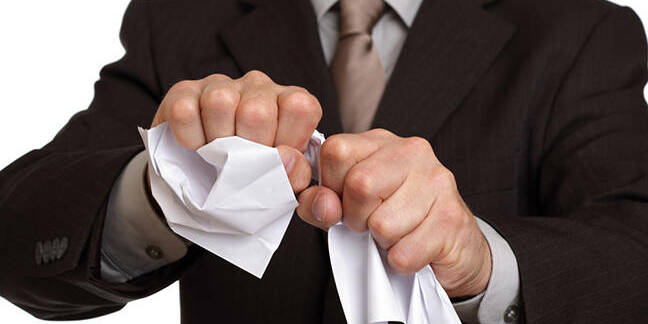 A group of 11 Congressmen and women have torn into plans to get rid of America's net neutrality rules in a scathing letter [PDF] sent to US broadband watchdog the FCC.

The lawmakers – all Democratic members of the House Energy and Commerce Committee – make a range of aggressive claims, including that the entire proposal under discussion at the federal regulator may be illegal.

The man behind the drive – FCC chair Ajit Pai – is also repeatedly attacked, including an assertion that he has undermined the independence of his position by taking direction from President Trump.

"We submit these comments out of deep concern that the FCC's proposal to undo its net neutrality rules fundamentally and profoundly runs counter to the law," the 19-page letter begins.

It goes on to argue that the regulator is ignoring one of its main guiding principles: to "fully consider the public interest before taking action."

The plan to get rid of the current Open Internet Order puts the interests of "a favored few" ahead of the general public, the letter claims, and "simply ignores the most critical issues affecting our country today – priorities such as free speech and democracy, small businesses, jobs and economic development, and privacy."

The main justification for Pai's plans, the letter notes, is an assertion that the new rules have had a detrimental impact on investment in broadband rollout plans. "The proposal single-mindedly concentrates on one issue to the exclusion of all others: the raw dollars spent on network deployment."

The Congresspeople not only question that assertion – arguing that it "relies on scant evidence and questionable assumptions" – but also argue that even if it were true, that "narrow focus is clearly contrary to the public interest." They make the point that "if we had intended network investment to be the sole measure by which the FCC determines policy, we would have specifically written that into the law."

The question over whether investment in broadband networks has gone down since the new rules were introduced has been the core argument put forward by the cable industry for scrapping the rules (after its legal challenge was dismissed by the courts).

Those claims were given prominence in the FCC's official notice of proposed rulemaking. "The Commission's Title II Order has put at risk online investment and innovation, threatening the very open Internet it purported to preserve," it reads in the executive summary. "Investment in broadband networks declined. Internet service providers have pulled back on plans to deploy new and upgraded infrastructure and services to consumers."

It also claims that the rules have had a disproportionate impact on "rural, low-income, and other underserved communities" and that "many good-paying jobs were lost as the result of these pull backs."

But the evidence for that strong assertion is far from convincing. Most of the claims referenced by the FCC come from letters sent by the cable companies themselves or their lobbyists. Those same companies aggressively opposed the rules when they were being drawn up, so they are far from neutral.

The FCC does reference several outside studies, but none are sufficiently comprehensive or persuasive enough to justify overturning an entire policy affecting millions of consumers. One is a blog post featuring an Excel spreadsheet with capital expenditure figures for 2014, 2015 and 2016; another is a study [PDF] of different regulatory approaches taken by the European Union and the United States, published in 2013.

The spotlight on the question of investment has since led to numerous reports and blog posts that argue the opposite: that investment has actually increased since the net neutrality rules were passed.