Seagate preps Nytro with layers of flash and boom...

SAS and NVMe SSDs use more and faster flash fuel

The 5000, in an M.2 form factor and with the same interface, goes up to 2TB using 3D NAND (cMLC – 2bits/cell). Even though 3D NAND use gives Seagate a heck of a lot of capacity headroom, it’s chosen to keep the 5000 at virtually the same capacity level as the XM1440.

The MTBF rating is 2 million hours and there are self-encrypting models. 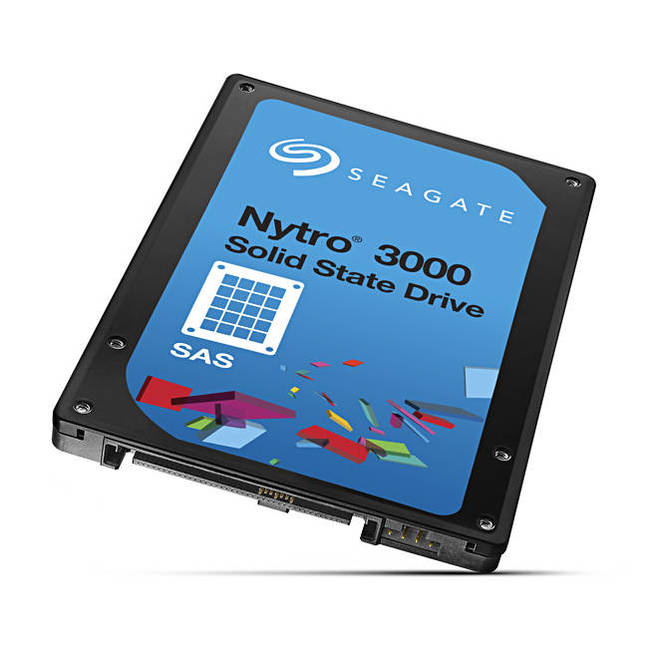 The five-year warrantied drive writes per day endurance is nicely stratified across the model types:

Checking the table above, we see the scaled and tunable endurance Nytro 3000 products show a random read/write IOPS performance rise from the low capacity points up to the higher ones, but drop off at the 15.36TB level.

The 1200.2 topped out at 3.84TB of capacity and 1.8GB/sec when sequentially reading, so the 3000 has almost four times more capacity and a slight sequential bandwidth speed jump.

Seagate is also showing a 64TB add-in-card (AIC) product, with eight controllers on a PCIe card, an NVMe interface, and up to 13GB/sec of sequential bandwidth. It will be sampling in the first half of 2018.

At last year’s FMS Seagate showed a 60TB SSD, so there is little capacity advance, however there is a massive throughput advance. Last year’s demo drive featured a dual port 12Gbit/s SAS interface with up to 1.5GB/sec of throughput; miserly compared to the AIC’s 13GB/sec. 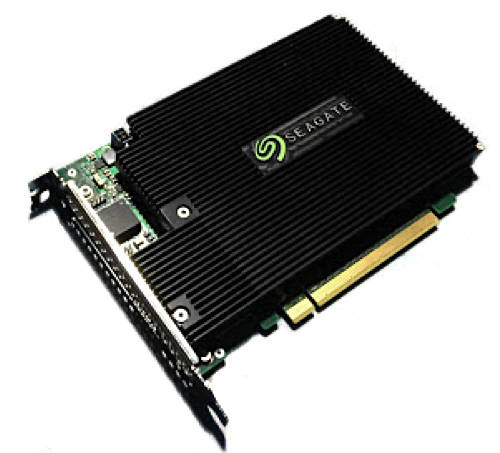 Jim Handy, general director of research firm Objective Analysis, provided a canned quote for Seagate: “Large-capacity SSDs are in high demand in hyperscale computing, a market that is growing faster than any other sector.”