No, Apple. A 4G Watch is a really bad idea 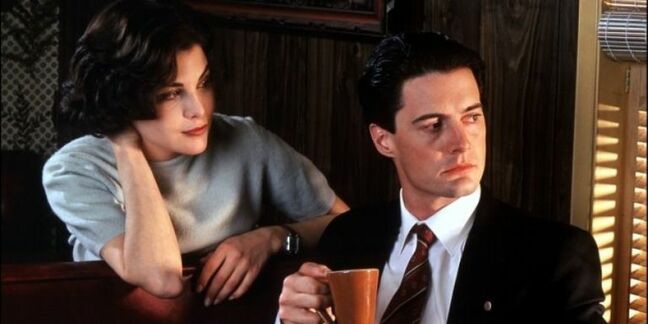 Comment I feel the same way about my Apple Watch as I do about Twin Peaks – I love it, but I don’t go around recommending it. No, sir.

One requires a big investment in time while the other costs a lot of money.

For Twin Peaks, you really need to have seen the 30 original episodes (the significant ones more than once), and also the silly and unpleasant 1992 movie, and (very important this one) the “Missing Pieces” outtakes available on the movie’s 2014 Blu Ray release, and Mark Frost’s Secret History book in which we learn, for example, that Audrey Horne was in a coma at the end of the second series in 1991, which means she might still be in a coma, which would mean that her scenes in The Return are dreams, and not really happening.

Got that? Good. Now you can catch up with 13 episodes of the new series, in which nothing very much has happened at all.

Personally, I think Twin Peaks is the best thing on TV ever, it’s just that with a learning curve as steep as “getting into” Tolkien or Joyce, it’s a big ask. For the forty-plus hours it takes to consume all that I’ve just listed, you could be conversationally fluent in a new language or got to grips with a new musical instrument.

But hey, you’re thinking: buying into Apple Watch only costs £658 and that’s only money. (For that is the price of the cheapest iPhone and the cheapest Apple Watch, at UK prices.) It’s actually more, as the titchy 38mm model makes no sense except as a contactless payment card, step counter and notification nagger – it’s too small and fiddly. So you’re looking at £400 at least, plus a strap.

Why don’t I recommend the Watch? It’s the reason world+dog has shunned “smart” wearables: it’s a nice-to-have rather than a must-have. It adds a little convenience, but that value proposition is a stretch.

As we’ve recounted many times, today’s smartwatch graveyard happened because two giant companies, Apple and Alphabet, dared not to produce one, in case the other one did, and that one was a success.

Billions have been wasted on these failed products. For a while FitBit and other activity trackers gave the wearables business some hope, but Jawbone has shut down; TomTom is reportedly pulling out; and the sole success story, FitBit, is now tanking, with sales down 40 per cent. Don’t worry, it’s pinning its hopes on a smartwatch for Christmas. That’s a great idea.

Now according to Mark Gurman, Apple wants to give the Watch another crank of the handle, and build LTE functionality into the third-generation Watch. The confident prediction is that the chipset will come from Intel. This will turn Apple Watch into a standalone connected computer. Maybe even a phone too.

But take it from me, I’ve tried using a 4G watch, and it’s fun... for about 10 minutes. Perhaps longer, until somebody calls you in public. LG were the first to build a SIM slot and 4G into their Android Wear phones. The Huawei Watch 2 is doughty and durable and does payments, but as a phone it was not convenient or a nice way to take calls.

But what about those useful apps which allow you “to leave the phone behind” when you take a jog or go for a swim? I think the answer is in the question. When you’re swimming or jogging you don’t want to take calls, or for that matter, play games on a watch.

And as Richard Windsor argues, it makes a hard sell harder: the product gets worse. Apple greatly improved the battery life of the Watch in recent software releases, but I can corroborate from my experience with the Huawei Watch 2 that the battery life is roughly halved with the inclusion of an LTE SIM. Even a virtual SIM – something Apple has been trying to persuade the industry to adopt for about a decade – is going to use a lot of power.

All in all, a Watch with LTE is just a bigger bundle of inconvenience. People are glued to phones for some five hours a day now, Windsor argues, so the number of situations in which a Watch is accessed first, because the phone is inaccessible or hard to reach, is almost zero.

Apps never happened anyway on the Watch. I’m obliged to report that the function used most often on my Watch was the “beep your iPhone” feature.

I think the do-it-all smartwatch remains a product category destined to fail. Perhaps Nokia’s Withings hybrids (analogs-with-a-bit of “smart”: notifications and health) are the only way to go. A low-cost hybrid with a limited functionality and a six-month battery life? Few want to follow it, though. Not smart enough. ®