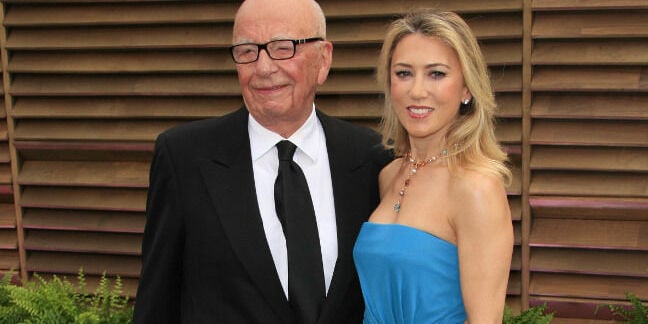 The DDCMS went to the telecoms regulator "seeking further clarification in relation to representations made on the Secretary of State's referral decision", as it said in a public statement.

The takeover bid was agreed by Sky shareholders late last year but has set all manner of bells clanging within the British political establishment. Bradley referred it to the Competition and Markets Authority (CMA) in June, on the grounds of media plurality.

Sky is the sole large-scale broadcast media alternative to the BBC in the UK. Murdoch currently owns 39 per cent of the broadcaster and wants to buy the rest of it via his main enterprise, 21st Century Fox.

Political activists, who have never forgiven Murdoch for playing print trade unions off against each other in a bitter 1980s industrial dispute, have repeatedly triggered "fit and proper" reviews of Sky's broadcasting licence, particularly when the tabloid phone-hacking scandal broke in the late 2000s. Murdoch owns a clutch of British newspapers as well as having a substantial shareholding in Sky. Ofcom has found in Sky's favour each and every time.

An Ofcom spokesman told the Press Gazette that it would "respond within the requested time", which expires August 25.

The Guardian newspaper reported that a group of MPs led by former Labour Party leader Ed Miliband has threatened to sue DDCMS unless the department orders a full CMA investigation into the deal, on the grounds of "broadcasting standards". This is an attempt to have the deal blocked and so thwart Murdoch from gaining even more control over the UK's media landscape. The Murdoch empire not only has a majority stake in Sky but also owns, through holding firm News UK (latterly News International), four of the country's 12 national newspapers.

The Guardian was also instrumental in the destruction of one of the Murdoch empire's key British newspapers, the News of the World, after running a series of dubious front-page stories alleging that reporters deleted voicemails from a murdered schoolgirl's mobile phone. The deletion allegation was not true, though a number of hacks were convicted of illegally accessing story subjects' voicemails. Murdoch shuttered the the News of the World and handed the entire email archive of The Sun and the NotW to police in order to stave off a potential corporate prosecution.

The Sky buyout dispute is entirely political. Murdoch and his family empire are seen to have too much influence on political processes around the world thanks to their wide ownership of key news outlets, including the controversial Fox News network in America – a personal favourite of Donald Trump's, judging by the president's Twitter feed. ®