Mellanox SoCs it to NVMe over Fabrics with BlueField platform

Mellanox has integrated the hardware needed to frontend an NVMe-over-Fabrics flash array into a single System-on-Chip (SoC) device, making it easier for shared flash storage system builders to put together NVMe JBOFs.

A JBOF is, like a JBOD, just a bunch of flash drives – NVMe SSDs in this case.

For them to be usable by apps in accessing servers across an NVMe fabric (NVMeF) requires the JBOF to have an NVMe-over-Fabrics frontend system.

Broadly speaking that means a CPU plus code, rNICS (RDMA Network Interface Cards) to interface to the RDMA InfiniBand, RoCE (RDMA over Converged Ethernet) or other links to the servers, some DRAM and cache, and a PCIe switch to link to the NVMe drives in the JBOF. 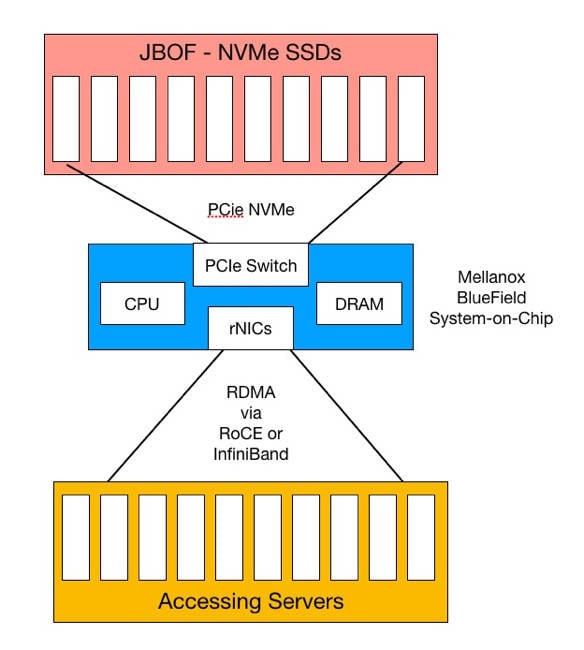 Mellanox has integrated the components for InfiniBand and RoCE server links onto its BlueField SoC. It says it has a fast mesh internal fabric and NVMeF data traffic can go directly from SSD to NIC (or NIC to SSD) without interrupting the CPU. 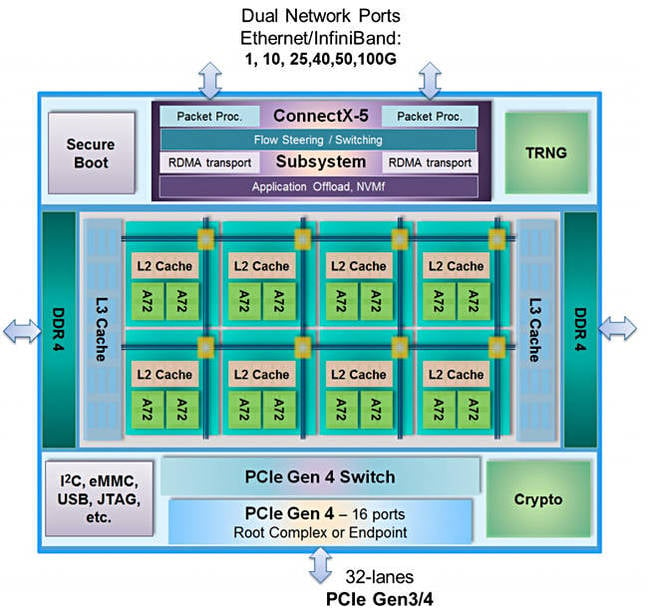 Mellanox created a BlueField Storage Reference Platform that can handle NVMe SSDs and serve them up across NVMe fabrics using its BlueField SoC as a development and reference platform. It's working with OEM and ODM partners to get BlueField in use.

The PCIe bus is coming, and everybody's jumping... New York to San Francisco, an NVMe disco

The wheels of steel are turnin' and traffic lights are burnin'...

Sorry if this seems latency obvious, but... you can always scale out your storage with end-to-end NVMe

NetApp goes all in on Fibre Channel-based NVMe-over-Fabrics