70% of Windows 10 users are totally happy with our big telemetry slurp, beams Microsoft

Alternatively: 30% have found the option to switch it off 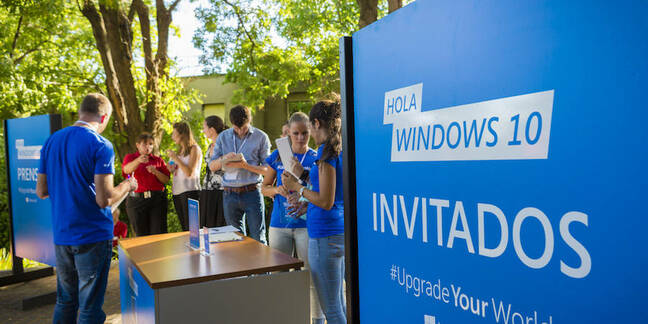 Microsoft claims seven out of ten Windows 10 users are happy with Redmond gulping loads of telemetry from their computers – which isn't that astounding when you realize it's a default option.

In other words, 30 per cent of people have found the switch to turn it off, and the rest haven't, don't realize it's there, or are genuinely OK with the data collection.

Ever since Windows 10 was released, folks have been complaining the operating system is far too grabby and that it allows Redmond to collect huge volumes of intelligence on its users. Privacy watchdogs in Europe also started grumbling loudly. In April the software giant responded by simplifying the collection.

There's basically two levels in Windows 10 from the Creators Update onwards: basic and full – the full setting includes everything in the basic level plus a load more. Full is the default for Win 10 Home and Pro, otherwise there's basic. Windows 10 Enterprise and Education have full and basic, plus an extra level called security, which transmits a little less about your system than basic.

Essentially, if you're on Home or Pro, you can't tell your OS to not phone home. And, sure, this information – from lists of hardware and apps installed to pen gestures – is useful to Microsoft employees debugging code that's running in the field. But we're all adults here, and some folks would like the option to not have any information leaving their systems.

Those people are shit out of luck.

"The feedback we've received about the Creators Update has been positive," said Marisa Rogers, the Windows privacy officer, this week. "This is great news to us because what we hear from you directly impacts the improvements we make."

As evidence for this claim, she said 71 per cent of people choose the default option of sending a full load of diagnostics data back to Redmond's servers. She cited comments from users like "Very well done," and "The privacy settings added to clean installs are a boon for the privacy minded."

However, this does also highlight that 29 per cent of Windows 10's 500 million customers didn't settle for default settings. That's 145 million people who didn't just click through on the default setup, but actively tried to restrict the amount of data the operating system leaks.

The only other stat cited is that Redmond's privacy web portal, which allows users to manage the privacy settings across their Microsoft accounts, has been visited "by more than 23 million people." Given the large installed base, that suggests that either people don't know about the web portal, or it's just not something they care to use – which is hardly positive.

"For those of you who participate in the Windows Insiders Program, you can expect to see some of the privacy changes showing up in Insider builds in the coming weeks, and we welcome your feedback in helping us make [Creators] the best Windows ever," Rogers concluded.

Time to get writing if you'd like to make your views known. ®