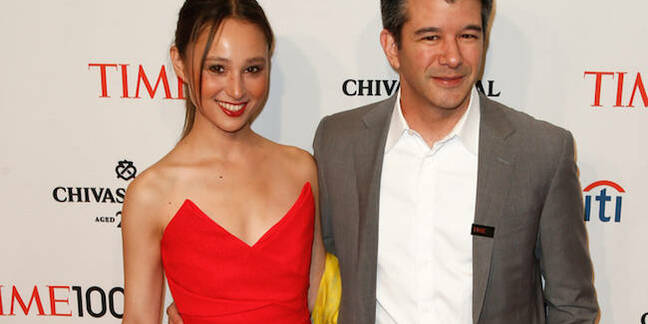 The complaint, filed in Delaware Chancery Court, claims that Kalanick tried to pack the taxi app maker's board with allies "to insulate his prior conduct from scrutiny and clear the path for his eventual return as CEO."

Kalanick resigned in June after former engineer Susan Fowler called out the company's sexist, amoral culture, Waymo sued for trade secret theft, and reports surfaced that a company executive had obtained the medical reports of a woman raped in India by an Uber driver in an effort to disprove her allegations, among other scandals.

Benchmark was one of several venture capital firms that had invested in the upstart and backed Kalanick's ousting.

Recent reports have suggested Kalanick may seek to return to his startup in the manner of late Apple cofounder Steve Jobs swanned back to the Mac maker. But Uber co-founder Garrett Camp dismissed that possibility in an email to employees on Monday.

Benchmark's lawsuit claims that Kalanick fraudulently obtained three new board seats in 2016 when he withheld material information about unethical corporate conduct from Benchmark and other investors, in order to continue to wield influence within Uber if forced out.

The VC firm says it never would have agreed to let Kalanick expand the number of board seats if Kalanick had disclosed the extent of his mismanagement.

"Kalanick therefore knowingly concealed these matters from Benchmark and Uber’s Board to obtain, for his personal benefit, the unilateral right to pack the Board with three additional directors of his choosing," the complaint says. "In doing so, Kalanick acquired a disproportionate level of influence over the Board, ensuring that he would continue to have an outsized role in Uber’s strategic direction even if forced to resign as CEO."

After stepping down as CEO, Kalanick appointed himself to one of the three newly created board seats and Benchmark fears he will place allies in the two remaining seats, something he promised not to do in his resignation letter but has since refused to disavow in a formal agreement.

"It is apparent that Kalanick has attempted to acquire the power to pack the Board to facilitate his desired re-appointment as Uber’s CEO, which would be directly contrary to his prior commitments and not in the best interests of Uber or its stockholders and employees," the complaint says.

Benchmark is seeking a declaratory judgement that the amended corporate rules supported by Kalanick were obtained through fraud, an injunction against Kalanick's participation in board meetings, and damages.

Kalanick could not be immediately reached for comment. In a statement emailed to MarketWatch, a spokesperson for the former CEO said, "Benchmark's lawsuit is a transparent attempt to deprive Travis Kalanick of his rights as a founder and shareholder and to silence his voice regarding the management of the company he helped create." ®