Tape, though? That's one tough mofo 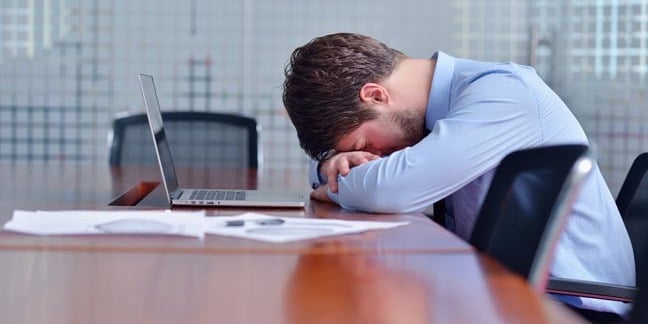 Quantum delivered flat results with its business in limbo and awaiting direction and tuning from the new and CEO-less board.

Essentially Quantum's revenues and net income were flat on the annual compare, with a trivial rise in revenue and a trivial reduction in net loss.

The drop from the previous quarter's revenue is a recurring end-of-year pattern. Take a look at the recent quarterly revenue and net income history: 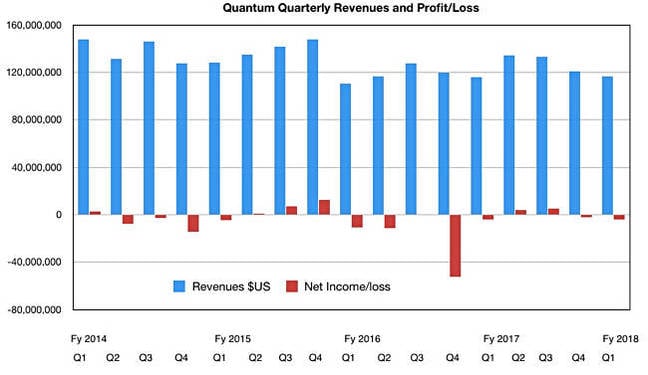 This appears to be a business that has lost its growth mojo. The segment splits provide some colour to this black and white judgement. 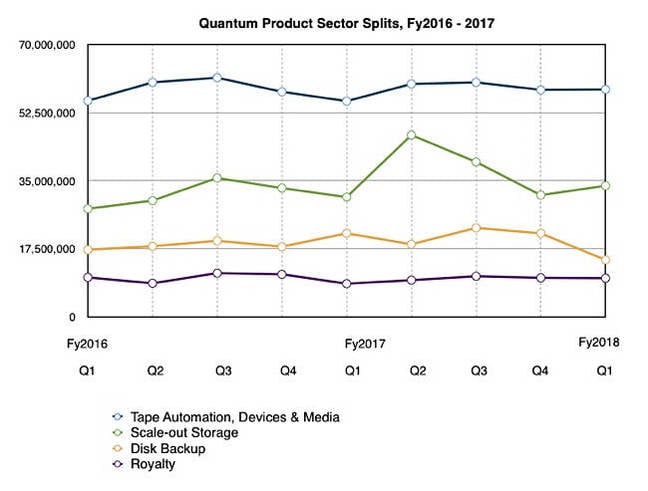 Disk backup (DXi) revenues are falling, tape automation, device and media have remained flattish for eight quarters, and scale-out storage, the StorNext product set, hasn't exhibited a sustained high growth rate, being only 21.2 per cent higher than it was two years ago; a growth rate of 2.7 per cent a quarter.

After activist investor involvement, Quantum's board has some new directors and CEO Jon Gacek no longer has a seat.

About the results, he said: "We continued to build on our momentum over the past year, growing total revenue year-over-year and generating non-GAAP net profit for the fifth consecutive quarter. Although the total revenue increase was slight, branded revenue grew 3 per cent. Other revenue highlights included year-over-year growth in scale-out tiered storage of 10 per cent and another strong quarter for branded tape automation, devices and media sales.

"As we look forward to the rest of fiscal 2018, we continue to be excited about the opportunity to grow total revenue, driven by expected scale-out tiered storage growth of at least 20 per cent for the year."

He mentioned the new board's work. "Our newly constituted board of directors has launched a number of strategic initiatives and is working closely with the management team to implement various work streams, with the goal of improving long-term growth, recurring revenue and profitability.

"As part of this work, we are in the process of engaging a top-tier consulting firm which we expect will help the company to identify and deliver improvements in the operating characteristics of the business over the next six to 12 months, including accretive contributions to non-GAAP earnings."

There will be quarterly updates on the board's company operation tuning progress. We might imagine the new board's initiatives could also involve thinking about a new CEO as well as Quantum's strategic direction.

A new enterprise data management software layer is growing and absorbing data protection. The board may ask itself if Quantum's StorNext product set is too narrowly focussed in the data management market.

Spectra Summit Getting creative in the conservative cold data market