Google and its terrible, horrible, no good, very bad week in full 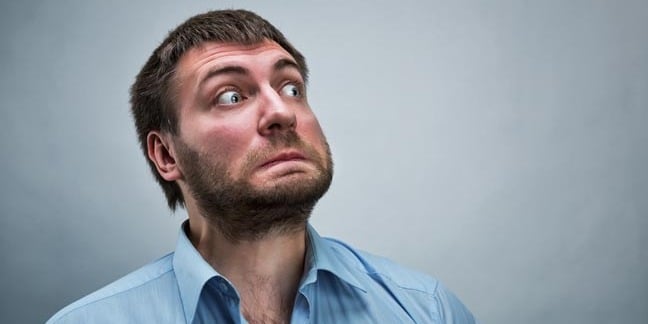 Comment Right off the bat, let's get this straight: on average, ignorant bigots and well-rounded human beings biologically differ in many ways. These differences aren't just socially constructed; they're universal across human cultures.

Bigots that should have been castrated at birth but raised by well-rounded human beings often still identify and act like bigots.

None of this is to say that we should not continue to allow bigots to express their views, or fire them when they do, but I think we can all agree a good kick in the nuts does everyone a great deal of good.

Well, this has been a hell of a week for Google.

Storm clouds were already brewing on Monday when, over the weekend, an internal memo from a young male coder on the issue of diversity went viral and led to a gnashing of teeth on social media that could be heard across the world.

It's hard to think of a time when talking about people's biological differences and noting things like "women are more anxious" and "men take more dangerous jobs" has had a positive reception. There's just something about using a long list of stereotypes to argue your pre-decided conclusion that doesn't engender much love in people.

Briefly, on a tangent, do you know why Asians are such bad drivers? Or why Blacks are such fast runners? No, seriously, it's statistically true. Just look at the stats from the department of transport/athletics federation. I'm just pointing to the facts. Freedom of speech, man!

Before Google even opened its doors on Monday, people were calling for the head of whoever had written the so-called "manifesto". It didn't take long for his name to come out – James Damore.

And then came the interwebs explosion, which followed the nasty pattern we have all unfortunately grown used to this past year: denunciation followed by demands for immediate action, followed by a counter-attack, followed by immediate taking of sides and as much unpleasantness as everyone can muster.

It seems that these days, we don't even wait on TV pundits to jam any issue into a left-right political lens. In this case it was there from the start: in Damore's text.

"We're told by senior leadership that what we're doing is both the morally and economically correct thing to do, but without evidence this is just veiled left ideology," he wrote before piling into all the bad things those "on the left" do.

In some respects, you can see why Google felt it had no choice but to fire him. The document was hurtful and offensive as well as openly dismissive and contemptuous of the ad giant's own culture.

It also created havoc as managers scrambled to schedule meetings to talk about it, and staff called in sick. When the issue becomes so big that the CEO felt he had to cut short his vacation, someone was going to have to pay for it.

But then, Google made the situation worse. Pretty much everyone who hadn't piled into the pitched online battle felt that Google erred by firing Damore.

Not only had it ruined an opportunity to show that it was mature enough to handle the situation and argue for its values but it appeared to confirm Damore's claim that any form of dissent was not tolerated at the tech goliath.

It should have been immediately obvious to Google executives that if it fired Damore straight away, without some kind of process, that his politically charged writing would become that week's focus of righteous indignation from the fringes. And so it was with the much-vaunted "alt-right" attack dogs let loose on their keyboards.

It also acted as a catalyst for awful behavior. We listed our top five dreadful people that used the row to espouse yet more offensive and hateful rhetoric. Somewhat inevitably, that story also came under attack.

It was a few days until more reasoned and informed voices joined – many of them ignored if there wasn't anything sufficiently salacious or outrageous to pick up and hurl at the other side.

David P. Schmitt, one of the authors of a study cited repeatedly by Damore to justify his arguments (Why Can’t a Man Be More Like a Woman? Sex Differences in Big Five Personality Traits Across 55 Cultures) wrote a blog post in which he noted "it is not clear to me how such sex differences are relevant to the Google workplace."

"Using someone’s biological sex to essentialize an entire group of people’s personality is like surgically operating with an axe," he warned. "Not precise enough to do much good, probably will cause a lot of harm."