Where's the bloody flare gun? Cast adrift on a swirling gyre of storage

I'm sending out an SAS

Bobbing around the Sargasso Sea of storage news this week we see cast-off sandals, bits of plastic, seaweed... oh, what's that?! A lifeboat? No, just some Flash Memory Summit jetsam. Let's dive in and see what we have.

Attala Systems is an early-stage technology company focused on the design and development of a new generation of storage and networking infrastructure based on the use of FPGAs and cloud-focused self-learning orchestration and provisioning software.

This startup wants us to know it has been recognised as a Sample Vendor in two Gartner reports, "Hype Cycle for Storage Technologies, 2017" and "Hype Cycle for Cloud Security, 2017". Very good.

It also tells us Maxwell Health, a cloud-based SaaS platform providing HR and benefits technology for the creating and managing of employee plans, has deployed Datos IO's RecoverX platform for backup and recovery of its microservices-based platform deployed on multiple MongoDB databases.

Both the HR SaaS offering and the Mongo databases are deployed on AWS.

Maxwell Health was able to replace its previous homegrown setup of snapshots and scripts with Datos IO RecoverX as a fully-automated backup and recovery platform for the databases. It achieved a recovery SLA of less than 4 hours and delivered, Datos IO says, massive operational cost savings.

DDN is partnering with Gatan, a manufacturer of instrumentation and software for the operation and performance of electron microscopes, to deliver products for microscopy research environments and workflows. 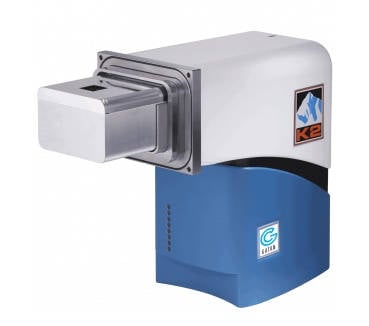 Imanis Data, formerly Talena announced the availability of the fastest backup and recovery platform on the market, Imanis Data 3.0. The product can recover huge data sets such as Cassandra, Couchbase, MongoDB and Hadoop at a granular level 5-10x faster than any alternative in the market.

The SnapServer Flash and Hybrid Array offerings allow all-flash and hybrid flash-disk variants. The hybrid array allows for the creation of separate volumes, one with flash and the other with disks, and the assignation of volumes for workflows with different performance requirements; the flash volume to a transactional high IOPS workload and the disk volume to a regular file share workload.

SnapServer Flash and Hybrid Array is available this month with support for varying capacities. It is backed by OverlandCare for 24x7x365 technical support.

Although this is Flash Memory Summit news, it's worth a few paragraphs to itself because it talks about a new NVMe-over-fabrics idea – NVMe over TCP.

Neural network developer Solarflare demonstrated the world's first NVMe over fabric based on TCP, along with Samsung Semiconductor Inc. (3D V-NAND NVMe SSDs) and Supermicro at FMS 2017. It said TCP promises to open the market for NVMe over fabrics by leveraging the native Ethernet transport, without requiring the deployment of network protocols such as data centre bridging (DCB), iWARP or RoCE.

Solarflare says NVMe over TCP uses Ethernet to provide IT organisations with the same high bandwidth, low-latency performance as iWARP and RoCE, but over a familiar transport deployed in 90 per cent of the 100 million Ethernet ports shipped into their data centres each year.

Synology introduced its DS418j, the successor to the DS416j, a budget-friendly 4-bay NAS, targeted at home and individual users. It comes equipped with:

It delivers encrypted file transfer performance at over 112MB/sec reading and 87MB/sec writing under a RAID 5 configuration in a Windows environment.

The DS418j product is power efficient, being equipped with adjustable front LED indicators, allowing users to precisely control and schedule the brightness in four levels. In addition, it consumes only 21.22 watts in full operation and as little as 8.97 watts in HDD hibernation.

Code42 appointed Richard Agnew as VP for UK, Ireland, and Northern Europe. It says the appointment is a strategic one and forms a fundamental part of its regional growth strategy. Agnew will look to dramatically accelerate the growth of new customer acquisition in the region, and lead Code42 into new sectors and markets.

Richard Agnew's career so far includes running regional teams for Veeam, NetApp and Dell. He's a cyclist in his spare time so let's hope for Code42's sake he doesn't get on his bike too soon. ®