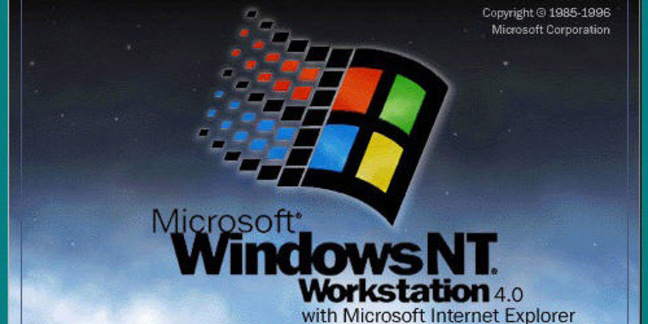 Microsoft is reviving Windows Workstations with a new cut of Windows titled “Windows 10 Pro for Workstations”.

The last time your vultures heard "Windows for Workstations" was the 1990s when Redmond used that moniker to market flavors of 16-bit Windows 3 with networking stacks. Then along came the 32-bit NT Workstation editions – such as Windows NT Workstation 4.0 launched in 1996. The term Workstation fell away as Microsoft labelled its operating systems Server, Home, Pro, Enterprise, and so on.

Fast forward to June this year, and it emerged Microsoft was bringing it back with the upcoming release of Windows 10 Pro for Workstations. Now, the software giant has officially announced this edition of Windows, listing its confirmed features.

This time around the target is power users, not the mainstream: Microsoft's bringing back the name and a workstation product because its says some Windows 10 users wanted a version of the OS that can handle higher-performing hardware.

The new version of Windows can therefore run up to four CPUs and they can be Xeons or Opterons instead of their less-powerful cousins intended for desktops. The new OS will also be able to handle six terabytes of RAM.

The OS also runs ReFS, the Resilient File System adopted in Windows Server 2012, rather than the NTFS used in other cuts of Windows 10. Another notable storage-related feature is SMB Direct, which when paired with Remote Direct Memory Access-enabled NICs will speed data into and out of PCs running Windows 10 Pro for Workstations.

Persistent memory is another option, thanks to NVDIMM-N support.

Microsoft’s intent here is clear: the world buys about a million workstations each year and right now Windows 10 isn't a good choice for plenty of them. The new cut of the OS will change that.

Microsoft's not offered pricing for the new version of Windows.

Interestingly, the new OS is at first glance overkill for Microsoft's own workstation, the Surface Studio, as it maxes out with a Core i7 and has an integrated Ethernet port that appears not to support RDMA. If Microsoft upgrades the Studio to suit Windows 10 Pro for Workstations it will be a mighty machine indeed. ®