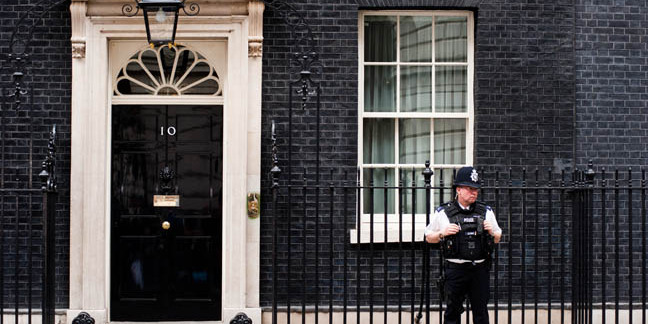 Big legacy tech firms are finally feeling the pinch of the government's contract "disaggregation" plans, although Brexit could halt that trend - according to an annual report by analyst firm TechMarketView.

BT and DXC (formerly HPE's enterprise services biz and CSC) saw a double-digit percentage drop in their government biz, with both historically having held the lion's share of government contracts.

But the new entity DXC saw revenues fall 11 per cent for the full-year 2016 to £1.2bn, compared with the previous year, according to TechMarketView's UK Public Sector Software, IT & Business Process Services (SITS) top 20 ranking.

BT has been warning of falling public sector revenues for some time, with the end of BT's work as a National Programme for IT local service provider, through which it implemented software in NHS trusts, appearing to be a contributory factor.

"It was those that had a large legacy footprint in central government, that continued to suffer heavy declines: most notable are DXC (already mentioned) and BT," said the report.

Dale Peters, analyst at TechMarketView and co-author of the report, said the fall in revenues was due to central government trying to break up its big contracts. The government has been criticised for being slow to address the stranglehold of the "oligopoly" since former Cabinet Office minister Francis Maude first identified it back in 2011.

"The question is: what will happens when Brexit bites? We may well see a stalling of that agenda," said Peters. He said departments may well look to extend their contracts, rather than face complex re-tendering - something that is already reported to be happening.

"There is also the question around how effective the Government Digital Service will be [in pushing for further disaggregation]." Many commentators are increasingly questioning GDS's current purpose.

Alan Mather, former chief executive officer of the Cabinet Office e-Delivery Team, a predecessor to GDS, has written a series of blogs on the subject. His latest is titled: GDS Isn't Working - Part 5 (No Vision, No Ambition).

However, the report said that grown belies a marginal underlying organic revenue decline. "This because Capita acquired Trustmarque, the software reseller and services arm of Liberata Group in June 2016." ®

Capita had a mixed year in the sector, comprising some good wins – like a nine-year, £50m shared back office service deal with five councils – but also some losses at renewal, like the Civil Service Training contract, it said.