US cops point at cell towers and say: Give us every phone number that's touched that mast 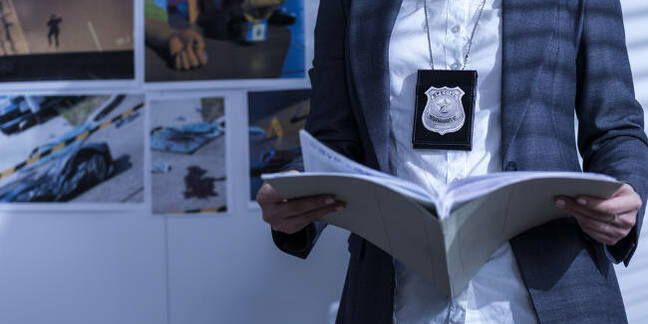 US telecoms giant Verizon says police are increasingly asking it to cough up massive dumps of cellphone data rather than individual records.

This according to the latest Verizon US transparency report for the first half of the 2017 calendar year. The dossier tracks government requests for phone records both of individual customers and large groups.

The latter group is becoming an increasingly popular target, said Verizon in its report this week. In particular, investigators are asking for "tower dumps," a record of everyone who connected to an individual phone tower as they passed by.

"In order to try to identify a suspect of a crime, the government may apply to a court for a warrant or order compelling us to provide a 'dump' of the phone numbers of all devices that connected to a specific cell tower or site during a given period of time," Verizon explained.

"This tool is being used much more frequently by law enforcement."

In total, Verizon says it got 138,773 requests for customer data from law enforcement. By and large, Verizon complied, producing some or all of the requested information in 97 percent of the cases.

That includes 68,237 subpoenas, 722 wiretap demands, and 3,963 "trap and trace" orders that let law enforcement see the numbers of a target's incoming calls in real time. Verizon also says it got 27,478 emergency requests, or demands from police for information in matters of "the danger of death or serious physical injury." The extremely rough number of national security letters Verizon can report is between one and 499.

While higher than the second half of 2016, the first half numbers were not the highest Verizon has reported in recent years. In the first half of 2015, Verizon said it received a total of 149,810 requests, including 767 wiretap orders, 15,081 warrants, and more than 500 national security letters. ®

Analysis American tech regulation reduced to: If the telcos want it, it must be a good thing