No, the cops can't get a search warrant to just seize all devices in sight – US appeals court

Judges frown upon fishing for incriminating data on phones 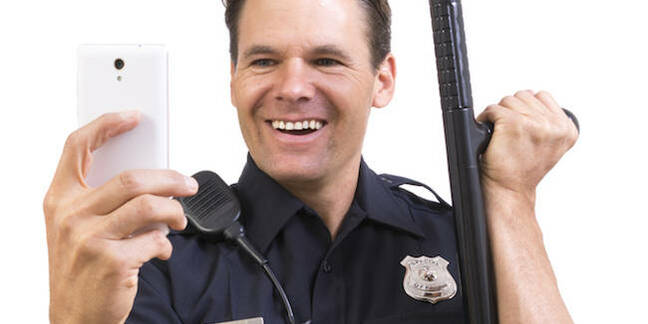 It's a ruling sending shockwaves through the worlds of privacy, device security, and law enforcement in America.

The US Circuit Court of Appeals in the District of Columbia on Friday overturned the conviction of a gang member because investigators obtained a search warrant for his devices without probable cause.

In other words, crucial evidence obtained by investigators using a search warrant to seize and scan all phones and other gadgets on sight has been thrown out.

Ezra Griffith, of Washington DC, was found guilty in 2013 of unlawful possession of a firearm by a felon, having been previously convicted of attempted robbery.

The then 23-year-old came under the suspicion of DC police officers investigating a gang-related murder due to his involvement with a rival gang and because of surveillance video.

His arrest on firearms charges followed a search of his girlfriend's apartment that resulted in the recovery of a gun, something Griffith could not lawfully possess.

The officers at the scene had come with a search warrant for all cell phones and seized six, along with a tablet computer.

Hearing Griffith's appeal to invalidate the warrant that led to the evidence used to convict him, the appeals court found that authorities had obtained permission to search the girlfriend's apartment for electronic devices without adequately establishing probable cause.

The affidavit filed to obtain the warrant sought any cell phones or electronic devices belonging to Griffith, along with any written or printed material related to the homicide being investigated.

But authorities did not state any reason for believing that Griffith's devices contained evidence of a crime.

"The government’s argument in support of probable cause to search the apartment rests on the prospect of finding one specific item there: a cell phone owned by Griffith," the court ruling says. "Yet the affidavit supporting the warrant application provided virtually no reason to suspect that Griffith in fact owned a cell phone, let alone that any phone belonging to him and containing incriminating information would be found in the residence."

Not only that, but the warrant allowed officers to seize any electronic devices present, even if they belonged to someone other than Griffith.

For the DC Court of Appeals, at least, such a broadly drawn warrant went too far.

"[W]e do not doubt that most criminals – like most people – have cell phones, or that many phones owned by criminals may contain evidence of recent criminal activity," the court said. "Even so, officers seeking authority to search a person’s home must do more than set out their basis for suspecting him of a crime."

Orin Kerr, a law professor at Georgetown University, via Twitter observed, "On a first read, at least, Judge Srinivasan's alternative holding in Griffith is going to create a mess."

However, he added, it's great for defense attorneys. ®