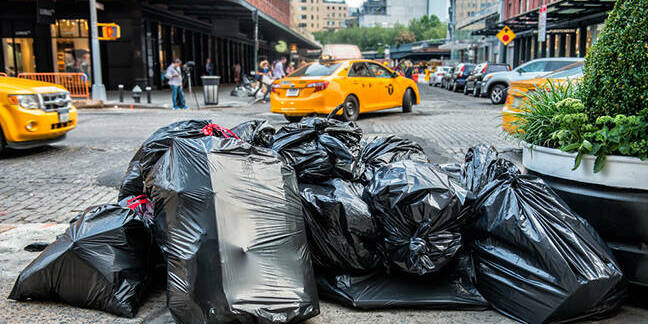 The New York Police Department will scrap 36,000 smartphones, thanks to a monumental purchasing cock-up by a billionaire's daughter.

The city spent millions on the phones back in October 2016 as part of its drive to bring the police force into the 21st century. And the woman behind the purchase – Deputy Commissioner for Information Technology, Jessica Tisch – praised them for their ability to quickly send 911 alerts to officers close to an incident.

There was only one problem: Tisch chose Windows-based Lumia 830 and Lumia 640 XL phones, and Microsoft officially ended support for Windows 8.1 in July.

Even though those two models are eligible to be upgraded to Windows 10 Mobile, the NYPD will need to redesign more than a dozen custom apps it created to run on Windows 8.1. And every phone will need to be manually updated to the new operating system. In addition, Microsoft is only promising to support upgraded Windows 10 phones through to June 2019.

In other words, the phones are effectively obsolete and so, according to the New York Post, the police department has decided to scrap them altogether and go with iPhones instead.

That decision has not come as a huge surprise: even when the purchasing decision was made, Windows-based phones held just three percent of the market. In fact, back in 2016 when the program was launched, pretty much everyone applauded the idea of giving cops smartphones but were baffled as to why anyone would go with Windows phones over Android or iOS.

Well, according to department sources quoted by the New York Post, the procurement disaster was all down to Ms Tisch – who, it turns out, is the daughter of former Loews CEO and billionaire James S Tisch.

"She drove the whole process," one unhappy cop told the paper, name-checking Jessica. "Nobody purchases 36,000 phones based on the judgment of one person," he complained. "I don't care if you're Jesus fucking Christ, you get a panel of experts."

Which is a fair point, since we have no hesitation in saying that even an expert panel of one would have concluded that Windows phones were a turn in the wrong direction for a huge police department.

According to other sources, the reason Tisch plumbed for the Lumia was because the NYPD was using Microsoft software on its video surveillance system – a system that Tisch has closely associated herself with and, back in 2012, demonstrated and boasted about to the press, raising eyebrows.

You can see how an inexperienced IT manager might think that it made sense to go with Microsoft all the way. But then that is also why anyone who carries out IT procurement into an area they are not expert on gets a team of people to review all the possibilities before they spend huge sums of money.

"She was in charge. It was her project, no question about that," another department source told the Post.

So why has the notoriously tight-lipped NYPD decided to dump on one of its own? It may be that Ms Tisch put a few noses out of joint with her smartphone plan, first announced in 2014.

At the time, then-police commissioner Bill Bratton specifically identified Tisch as being the driving force for the plan and joked: "She's a terror if she doesn't get her way, so I usually let her get her way. So she's certainly getting her way with this technology."

We have asked the NYPD for confirmation and comment on the decision to scrap the phones. We'll get back if and when they respond. ®