That's the announcement everyone's been waiting for, right? 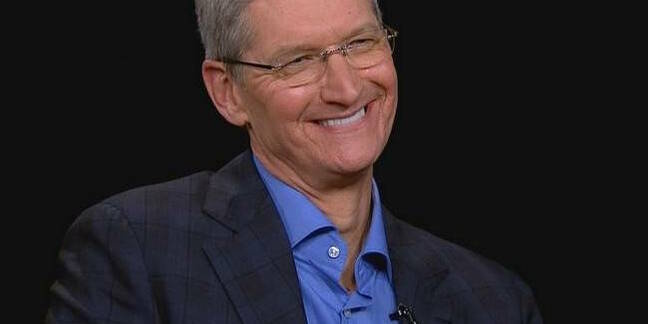 Apple has signed up another vendor to help its iPad to the enterprise push – IT consulting and outsourcing specialist Accenture.

The two companies have finalized a deal that will see Apple staff shack up in Accenture offices around the world. They'll work with the consultancy to create iOS versions of Accenture's own custom applications and systems for their clients, as well as migration services to get older code running on iPads and iPhones.

Accenture also says it will be using Apple's iOS platform to control internet-of-things templates and code it offers customers, including the ability to control some Accenture IoT with existing or custom iOS apps.

The result, the two hope, will be a new set of custom applications from Accenture that can be pitched to clients as built from the ground up to work with their iOS devices – and at the same time allowing Apple to sell more iPads and iPhones, hopefully in bulk orders, to business customers.

"Based on our experience in developing mobile apps, we believe that iOS is the superior mobile platform for businesses and are excited to be partnering with Apple," said Accenture CEO Pierre Nanterme.

"By combining Accenture's vast digital capabilities and industry expertise with Apple's market leadership in creating products that delight customers, we are in a perfect position to help our clients transform the way they work."

The deal puts yet another enterprise IT heavyweight in Apple's corner as it pushes to get the iPad and iPhone footholds in a business market that has, outside of a few select industries, been historically difficult for the Cupertino giant to break into.

Starting with its 2015 arrangement with IBM, and later through deals with Cisco and Deloitte, Apple has begun a full-scale assault on the business market.

This has helped to bolster Apple's bottom line, particularly for products like the iPad Pro that bring higher revenues than the cheaper consumer models. ®

European Commission: We've called off the lawyers over Ireland's late collection of Apple back taxes