If you won't open up conversations, we'll make it a law, says Sessions' #2 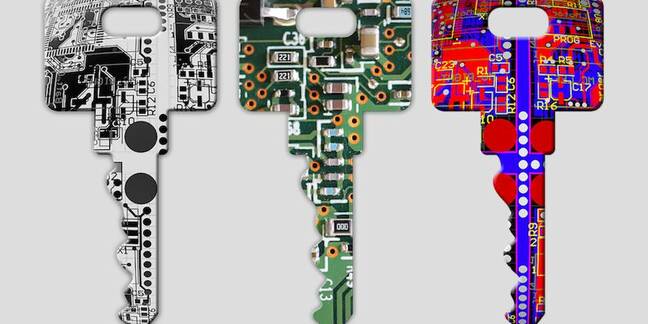 Rod Rosenstein on Wednesday told a crowd of over 600 police officers that software developers should be required by law to unscrambled end-to-end encrypted chatter on demand – and if the engineers refuse, they should be strong-armed into complying.

"I hope that technology companies will work with us to stop criminals from defeating law enforcement. Otherwise, legislation may be necessary."

Rosenstein, who does not have any legislative power, did not elaborate on just what those laws might be or how they might be enforced.

He did, however, bring up the 2016 battle between Apple and the FBI over access to a locked iPhone used by San Bernardino shooter Syed Farook. Facing opposition from Apple, the Feds eventually opted instead to pay for a zero-day vulnerability to circumvent the passcode. No information of value was found on the phone.

"But as we saw after the San Bernardino attack, obtaining electronic data can be time-consuming, expensive and uncertain if technology providers refuse to cooperate."

He also made a point somehow related to encryption when he referenced the natural disaster unfolding in Texas.

"Law enforcement agencies must always be prepared for the storm – be it the literal hurricane that caused such devastation in Texas this week, or the figurative storm of a terrorist attack." ®