WDC has the highest-capacity microSDXC card at 400GB – pumping up mobile device storage space – and has launched a natty little iPhone charger that backs up the phone’s data.

SanDisk introduced a 256GB card, with the same read speed, in February. That used ordinary 2D or planar NAND. This latest one uses, we understand, 3D NAND and 3bits/cell (TLC) flash.

WDC has also launched a SanDisk iXpand Base, which charges an iPhone while also backing up its contents – photos, videos and contacts.

The Base has a capacity range of 32GB, 64GB, 128GB and 256GB, and the backup is run by an iXpand Base app on the iPhone, which can also restore files from the Base to a plugged-in iPhone – useful for data transfer. 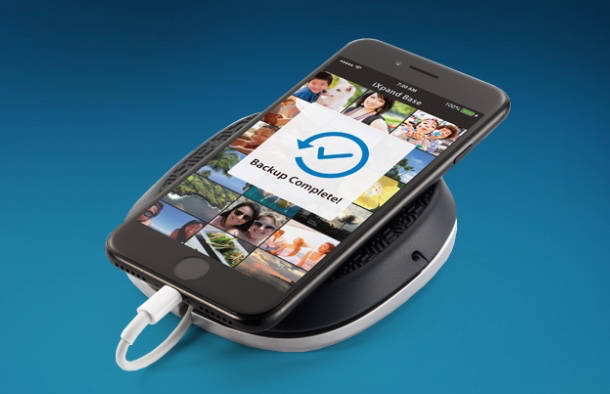 iXpand Base with phone charging on it

The unit has a rubberised non-slip surface and the Lightning phone connect cable wraps around the unit.

The latest 400GB microSDXC card has a 10-year limited warranty and a manufacturer’s suggested retail price of $249.99.