You understand it's not the final version? Hmm

Hands On PC vendors are showing off Windows Mixed Reality headsets and controllers here at the IFA consumer electronics show in Berlin, and this writer got to try new devices from Dell, Asus and Lenovo.

Windows Mixed Reality is a key feature of the Windows 10 Fall Creators Update, with both hardware and software promised for general release on October 17 2017.

There are five partners lined up with Windows 10 Mixed Reality Headsets: Acer, Asus, Dell, HP and Lenovo. Asus made a big deal of the initiative at its press launch, Acer was lower key, while Lenovo explained that it was supporting both Google’s Daydream VR (Virtual Reality) and Microsoft’s Mixed Reality, while also launching an Android-powered Star Wars Jedi Challenge which has its own dedicated headset (and lightsaber – of course). 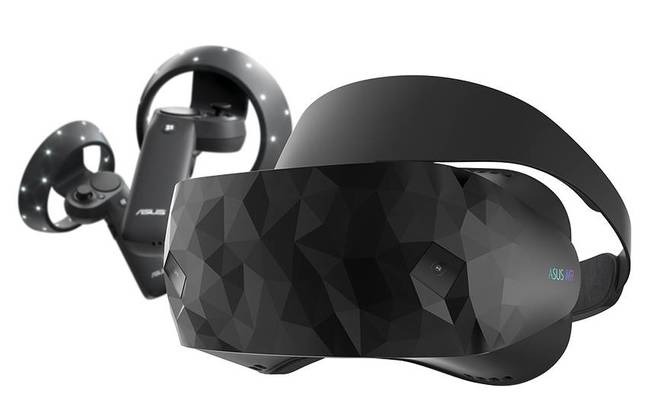 The Asus headset was the first one I got to try. The Asus demonstrator seemed to be rebooting his laptop between every hands-on session, an ominous sign. He recommended that I not wear glasses before strapping on the headset, which attaches to the PC via HDMI. Getting set up is not all that convenient. The headset has no sound, so for a full immersive experience you should also wear headphones or earbuds. For the demo, Asus chose to omit the audio side, relying on the laptop’s speakers. Once you have the headset on, you pick up the controllers, one for each hand, a little awkward as you cannot see your hands, nor the controllers other than via their digital representation. After some fumbling, I was up and running. 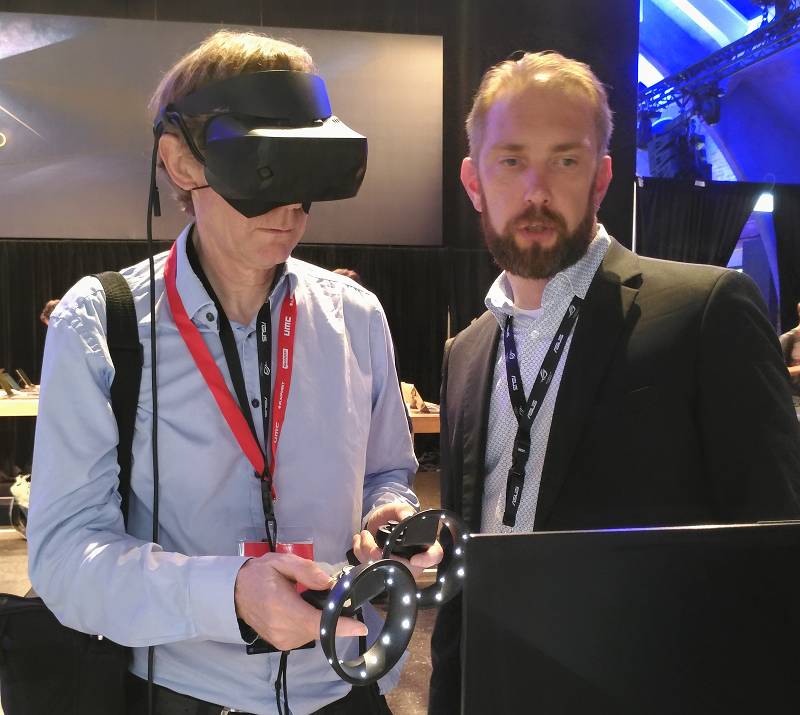 Hands on with Windows 10 Mixed Reality

The headset has cameras, but these are only used for position tracking, not for viewing the world outside.

All going well, you find yourself in Microsoft’s virtual “Cliff House”. Asus did not explain this, but the house is part of the Mixed Reality user interface and not just for the demo; you can furnish it with your own apps and objects. As you wander from the Studio to the Theatre, you can launch different types of Mixed Reality apps or content, the theatre being the default place for films and videos, for example. It's a sort of 3D Start menu.

Each controller has a trigger, a thumbstick for movement, a button used for grasping virtual objects, a touchpad, a menu button, and a Windows key that returns you to the desktop. A futuristic ring surrounds the controller and lights up when in use, the lights being for the benefit of the tracking cameras.

The demo took me through a variety of experiences. I was para-skiing; I was canoeing through the rapids; I was face to face with a friendly big cat. The headset detects your movement so you can look all around by moving your head.

Finally I tried a simple shooting game, with each controller becoming a laser gun. Atmospheric and 3D, though it reminded me of Galaxians, a game from the last century.

How clear is the image? Well, mixed. The exact placement of the headset is critical to getting the best quality and if it moves as you move, it can slip out of focus, though for comfort you do want it excessively tight, so it is tricky to get right.

The demo was OK though by no means delivering the extraordinary experience offered by HoloLens, Microsoft’s high-end augmented reality device. Another issue is that the control mechanisms take a bit of learning, so in a short demo you spend as much or more time figuring out how to use it, as in the content itself.

I then moved on to Dell, where I tried its distinctive white Dell Visor. There was no problem with wearing glasses here, since the Visor has plenty of space. There was an issue with a game where you have to grasp and hold a gun, though. Grasping the gun was awkward and it was easy to lose hold.

On to Lenovo’s launch event, which promised that “Different is better”. Lenovo went for the full experience for its hands-on demos, planting a bulky set of headphones on my head as well as the Explorer Mixed Reality headset. I hope there are no photos. There were a few technical issues as well. One of the controllers refused to appear in the virtual world, until the PC was restarted. There were also problems grasping objects, so much so that the journalist before me gave up trying to use it.

The demonstration software and hardware was not final, we were told, though there is not much time now to fix glitches.

Moving on through the demo area, I passed the "Jedi Challenge" area, where people seemed to be having a lot of fun waving lightsabers. Windows Mixed Reality lacks this kind of pick-up-and-go usability.

Microsoft’s partners did not make the best of their Windows Mixed Reality presentations, relying too much on videos and the usual fake excitement. The technology is significant, since support for a 3D display is now embedded into Windows. The launch will be challenging though, not only because of possibly glitchy software at launch, but also content and app support, and the fact that the majority of PCs out there (even those running Windows 10) will not be able to run it. 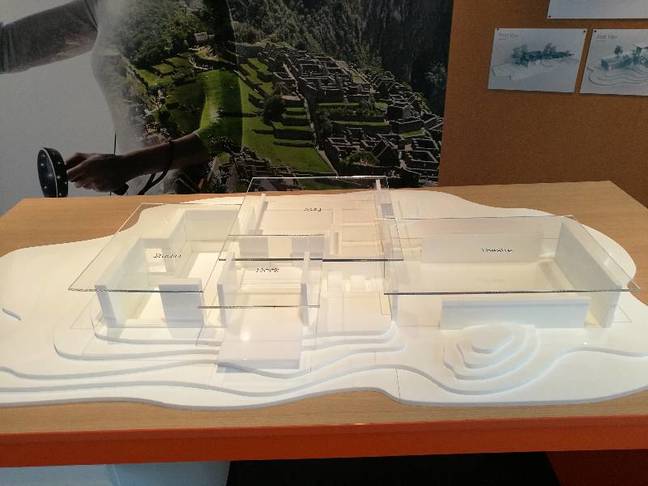 What's up for, er, grabs

What will you need? “We have two categories. Ultra is for a gamer, and all the launch headsets are Ultra. It requires a dedicated GPU and right now we are saying an Nvidia GTX 970 or better,” Microsoft’s Carlsson Reineke told me. Microsoft is maintaining a list of compatible hardware and will have an app so users can check out their PCs before purchase.

If you don’t need Ultra, “the most important requirement is a 7th generation Intel Core i5,” said Reineke. This has an integrated GPU that is “capable of running the basic experience”.

Intel’s 7th generation processors are only a year or so old. Thinking positively, from a PC point of view, this may be a feature that drives upgrades. The other view is that the installed base of compatible hardware is relatively small.

Although Windows 10 Mixed Reality is designed for Store apps (based on the Windows Runtime and once known as Metro), you can also run desktop applications in 2D. Reineke says this may appeal to users on the go.

“Let’s say you’re in a train with a small device. You put the headset in, you have 120" screen. You can watch a movie on it too.” Sounds good, but watch out for your wallet while you are “immersed”. The display is equivalent to 1440p, he said.

What about software and content support? “We have three categories. We have immersive gaming, immersive entertainment, and then the 2D apps,” said Reineke. Content providers have to specifically support Windows Mixed Reality in order to get 3D.

Microsoft has also announced an agreement with Valve to support SteamVR, which means games originally designed with the HTC Vive or Facebook’s Oculus Rift will also run, provided they are delivered via SteamVR.

Is there a business use? “Absolutely. This is about a lot more than gaming. The data visualization aspect alone has tremendous possibilities,” Microsoft’s Greg Sullivan told the Reg. “Conferencing, remote learning, design. We are literally bringing computing into a new dimension.”

Perhaps, but with many competing VR systems on offer, success for Windows Mixed Reality is by no means assured.

Prices will be from $299 though most vendors are talking about $399 or more for their headset and controller bundles. An Xbox controller will work, if you have only the headset, with the dual thumbsticks making up for having only one controller. Launch day is October 17, the same as for the Windows Fall Creators Update. ®