With DACA dead, all eyes turn to a dysfunctional Congress 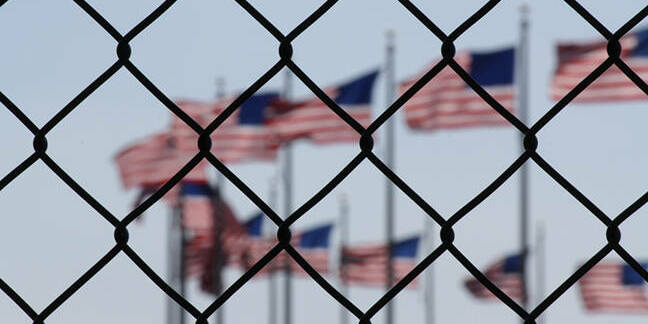 The technology industry exploded with anger today after President Trump announced an end to a program that has given 800,000 young adults the right to live and work in the United States.

"We are deeply disappointed ... this is a big step back for our entire country," wrote Microsoft president Brad Smith in a blog post following the decision. Referring to the nearly one million kids now put into a legal no man's land, he added: "The Dreamers are part of our nation's fabric. They belong here."

Similar despair was expressed by the CEOs of Google, Apple and Facebook, all of whom were among more than 300 business leaders who sent a letter to the president last week urging him to retain the program.

Google boss Sundar Pichai tweeted: "Dreamers are our neighbors, our friends and our co-workers. This is their home."

Apple chief exec Tim Cook said he was "deeply dismayed" by the decision in a note to Apple employees.

And Facebook supremo Mark Zuckerberg wrote in a post that it was "a sad day for our country. The decision to end DACA is not just wrong. It is particularly cruel to offer young people the American Dream, encourage them to come out of the shadows and trust our government, and then punish them for it."

And now to Congress. Oh boy

All four tech leaders turned their attention to Congress – which now has six months to draft and pass legislation to protect those caught up in the decision. "Congress needs to act now to defend DACA," said Pichai.

Zuckerberg wrote: "It's time for Congress to act to pass the bipartisan Dream Act or another legislative solution that gives Dreamers a pathway to citizenship."

Cook wrote that Apple would "work with members of Congress from both parties to advocate for a legislative solution that provides permanent protections for all the Dreamers in our country."

Microsoft has also said it will put its money where its mouth is and will cover the legal costs of its Dreamer employees. "For the 39 Dreamers that we know of who are our employees, our commitment is clear. If Congress fails to act, our company will exercise its legal rights properly to help protect our employees. If the government seeks to deport any one of them, we will provide and pay for their legal counsel."

Trump's decision has also fallen foul of the US Chamber of Commerce, with its chief policy officer Neil Bradley arguing that the original DACA program (as opposed to the subsequent expanded program that was challenged and defeated in court) was "premised on sound public policy."

Bradley argued that "to reverse course now and deport these individuals is contrary to fundamental American principles and the best interests of our country."

Trump's decision has also already led to the resignation of another presidential advisor: Javier Palomarez, leader of US Hispanic Chamber of Commerce quit Trump's Diversity Coalition in response.