Biggest Sun flare in years could be heading our way 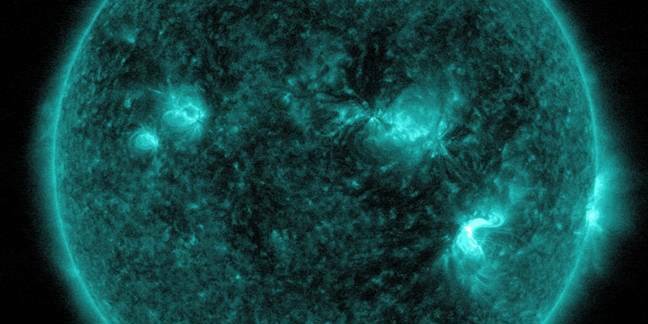 Those living on the top and bottom of our planet are in for a superb light show over the next few days – as the Aurora Borealis in the north, and Australis in the south, will be on full display.

The auroras fire up when charged particles from the Sun interact with the Earth's magnetic field, producing the amazing visual effects that have captivated and/or terrified mankind for millennia. The strength of this coronal mass ejection is likely to see the Aurora Borealis extending as far south as Scotland or Oregon.

The cause is an M5 flare that erupted from the Sun on September 4, and is just now hitting Earth. The US National Oceanic and Atmospheric Administration (NOAA) has issued an alert over the event, warning that there may be some disruption to radio and GPS signals caused by the event, and possible effects on humans, too.

We are in an X9.3-flare folks! Largest of this #solar cycle! Massive #hamradio blackout. #GPS issues too on dayside of Earth (colors in map) pic.twitter.com/Mragy4sE1S

"An enhancement in the energetic portion of the solar radiation spectrum may indicate increased biological risk to astronauts or passengers and crew in high latitude, high altitude flights," it said in an advisory.

"Additionally, energetic particles may represent an increased risk to all satellite systems susceptible to single event effects. This information should be used in conjunction with the current Solar Radiation Storm conditions when assessing overall impact."

But even more could be on the way. On Wednesday morning, astroboffins reported the biggest solar flare-up in over a decade, with a double whammy of solar flares. The first, an X2.2 level eruption, wasn't unusual – however three hours later an X9.2 flare was recorded.

This morning, the Sun released the most powerful solar flare recorded since 2008. Here's what our satellite saw: https://t.co/mk2540AdtV pic.twitter.com/7hVektV682

The big question is whether these two eruptions are going to hit Earth. If they do, the effects could make tonight's aurora displays look very tame in comparison.

"We don't know what's coming our way just at the moment," Theo Stein, public affairs officer at NOAA told The Register. "We have picked up some X-rays from the event, but we're unsure of its precise direction. We should have an answer later today."

Even given the large scale of the eruptions, they won't be big enough to cause serious disruption and, thanks to satellites put into orbit for just this purpose, we'll have at least two days' notice to prepare for the event. So hope for clear skies at night, because the show could be quite something. ®