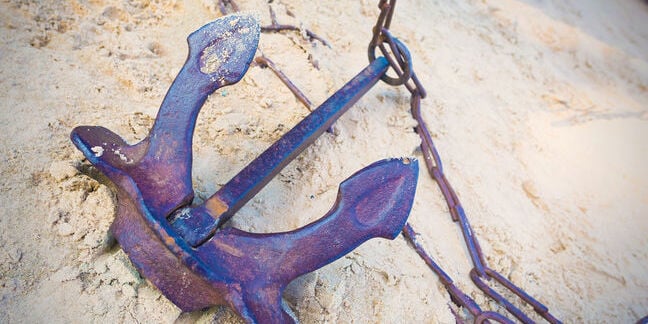 HPE is showing signs that its turnaround is picking up, as the enterprise IT giant raised its revenues – and on Tuesday talked up a future without its software business.

For the three months to July 31, HPE's third quarter of the 2017 fiscal year is as follows:

CEO Meg Whitman, not surprisingly, talked up the particularly strong returns from the networking and storage groups, as well as a spinoff of the software business that returned some $8.8bn to HPE.

"With better execution we drove overall revenue growth, exceeded our EPS targets and improved our operating margins sequentially, all while completing the spin-merge of our software business," Whitman said.

"There's more work to do, but we are on the right track."

Whitman also addressed the reports that she had been pursued by Uber for its since-filled CEO position. The HPE boss admitted that taking over the dial-a-ride frat house (of which she is an investor) was a tempting prospect, but said she is now dedicated to staying in her current role.

"It has nothing to do with HPE. I have dedicated the past six years of my life to this company and there is more work to do."

Meanwhile, analysts say that while the Q3 results were encouraging, there are still weak points in HPE's lineup.

"Of concern could be the 1 per cent decline in Server revenue, traditionally a strong point for HPE, but not in the last few quarters," noted Patrick Moorhead, president of Moor Insights and Strategy.

"The last two quarters of Server declines can be attributed from not taking high-revenue, low-margin public cloud business, and this is still the hangover from that, as HPE reported that non-tier 1 Server sales were up 12 per cent."

Still, investors were pleasantly surprised by the strong returns, and HPE stock was up 4.7 per cent in after-hours trading at $14.70. ®

But the software museum model prevails

Micro Focus belches as it struggles to digest HPE Software