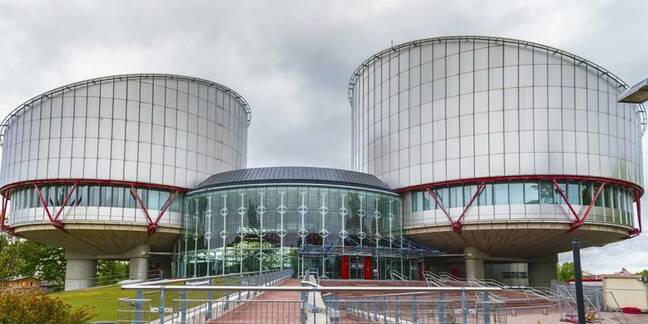 The European Court of Human Rights in Strasbourg, France

Companies operating in Europe must balance workplace surveillance with employees' privacy rights, the European Court of Human Rights has ruled.

The decision reverses a 2016 ruling by a lower chamber of the court that found no privacy issue with workplace communication monitoring. It marks the first time Europe's top human rights body has addressed the monitoring of electronic communication at a private company.

In August 2007, Bogdan Mihai Bărbulescu of Bucharest, Romania, was fired for personal use of Yahoo Messenger. He had created the account at the request of his employer, a company not named in court documents.

Bărbulescu challenged his termination in a Romanian court, insisting that his right to privacy, under Article 8 of the European Convention on Human Rights, had been violated. He claimed he had not been properly informed about communication monitoring.

The Bucharest County ruled against Bărbulescu in December 2007, finding that employers have the right to define internal rules for internet usage.

Bărbulescu appealed and lost again in 2008. That same year, he appealed to the ECHR.

The Chamber of the ECHR ruled against him in 2016.

Again, Bărbulescu appealed and on Tuesday he received satisfaction from the court's Grand Chamber, the highest authority on human rights rules among the 47 Council of Europe members states.

The ECHR found that Romanian courts failed to consider whether Bărbulescu had been adequately notified that his communication might be monitored and whether the employer's objectives could have been accomplished with less intrusion.

In a phone interview with The Register, Pam Dixon, founder and executive director of the World Privacy Forum, said the case is incredibly significant for Europeans because it means employers cannot completely ban personal communication while on the job.

Dixon said Bărbulescu for years kept losing in court. "It was basically the US argument: We've given you notice, you have no right to privacy in the workplace," she explained. "But under Article 8, the Grand Chamber judgement was that employers do not have the right to disallow private communication in the workplace."

Dixon doubts the ruling will have much impact in the US, but she said it raises some questions for multinational companies that operate both in the US and Europe. At the very least, she expects affected companies will have to draft new communications policies for employees. ®