Wonder why Congress doesn't clamp down on its gung-ho spies? Well, wonder no more

No, it's not because they have Trump-pee-tapes 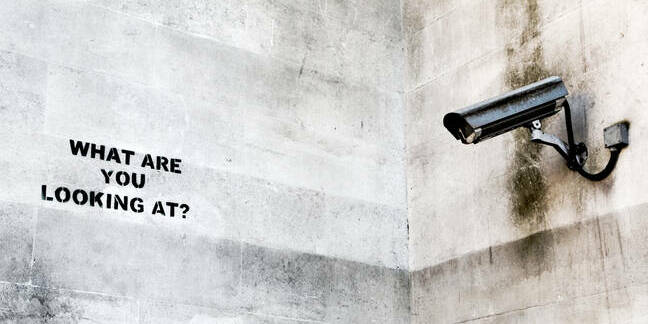 Analysis When Edward Snowden revealed the extent of illegal operations carried out by American spy agencies, many wondered whether the US Congress was either unaware or had simply turned a blind eye toward them.

Nevertheless, Congress did act, restricting some programs and declaring others illegal. Even the notoriously secretive FISA Court, which scrutinizes some of Uncle Sam's surveillance activities, got some much-needed sunlight shined on it.

As time has gone on, however, that desire to clamp down on abuse of power has lightened, with only Senator Ron Wyden (D-OR) continuing to openly challenge the agencies' conduct and highlight discrepancies between what is claimed and what is actually done.

Between now and the end of the year, a second critical battle between the spy agencies and Congress is going to play out as the NSA and FBI desperately try to retain the ability to spy illegally on American citizens, and lawmakers assess how far they should push back and limit those actions.

In this case, the issue is Section 702 of the Foreign Intelligence Services Act (FISA), and it has to be renewed by Congress by December 31 or it will cease to exist. If it is not renewed, it will take with it the NSA's ability to intercept traffic from foreign intelligence targets.

That isn't going to happen, so the question is: how far will Congress go in tying the spy agencies' hands to stop them from storing information on US citizens?

Earlier this month, we saw the start of the NSA pushback effort: first, an unusual public document defending the use of Section 702 in which it pushes the well-worn line that the program "saves lives and protects the nation" – the same argument put forward for protecting other programs that were subsequently declared unconstitutional.

At the same time, President Trump also announced out of the blue a decision to revive the Privacy and Civil Liberties Oversight Board (PCLOB), which had been dead for over a year after four of its five board members and its executive director either resigned or did not have their terms renewed following a huge restriction on its powers by Congress. That restriction followed several highly critical reports of spying programs, including Section 702.

Trump announced that he was nominating Adam Klein to become the chair of the PCLOB. It is no coincidence that just one month earlier, Klein had written an op-ed for the Wall Street Journal in which he explicitly defended the most controversial aspect of Section 702 – a vast database of information on US citizens that has been built through a willful misreading of the law and which the FBI is allowed to search in looking for leads in domestic crimes.

The spy agencies' defense of Section 702 cannot reference the database on US citizens as helping them carry out their work because they are specifically prevented from doing that under the law.

But an independent lawyer can make that argument. And he did. And then he was nominated to become chair of the PCLOB – the independent agency that advises the president on privacy and civil liberties issues when it comes to laws about terrorism.

On paper, it would seem obvious that Congress will clamp down on Section 702 – especially given what has emerged thanks to tireless efforts by many to reveal the true extent of the program. Americans have long been opposed to their government spying on them.

And yet, even with business writing a specific list of five things they want to see changed in the law, Congress – and in particular the Committees charged with overseeing the spy agencies – have gone unusually quiet on the issue.

I can't hear you

We checked in with the Senate's Judiciary Committee and despite this being the last session of Congress before the deadline, there are so far no hearings scheduled to consider reauthorization of FISA. A staffer pointed us instead to the hearings held in March.

Making public pronouncements and getting an unwitting president to announce a new position is one thing: getting independent lawmakers to forego their strong commitment to American independence of thought and spirit is quite another.

Which is what makes an investigation by McClatchyDC this week all the more interesting.

The Washington, DC-based news agency dug into the issue of staffing at the House and Senate intelligence committees and discovered that at least a third but as much as half or even three-quarters of the staff on some sub-committees are themselves former employees of the spy agencies.

In a detailed background check of each staffer, the agency was able to confirm a third of staffers had previously worked at the CIA, NSA or Defense Intelligence Agency. Many more had little or no discoverable background – which, in itself, is a strong indicator that they had worked for the intelligence services.

The article also spoke to a number of current and former members of the intelligence committees, most of whom were explicit in their view that not only were a majority of staffers former employees of the spy agencies, but that the overall number of staffers was far too small to adequately oversee the sprawling, secretive world of intelligence work.

"There are big areas in the intelligence community that very few people in Congress have any idea of," national security expert Arthur Rizer told the agency.

Fleitz noted that there were only two staff members who monitored the CIA's entire budget when he was on the panel. The CIA has a budget of $15bn, the largest slice of an approximately $50bn budget held by the 16 intelligence agencies.

Next page: Let's break down the numbers
Page:
Tips and corrections
34 Comments