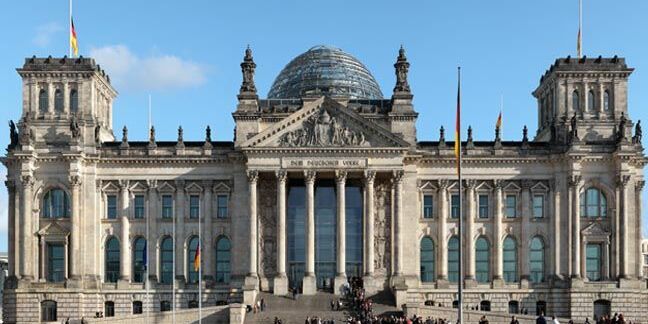 Software used in Germany for vote counting is insecure, according to research by the Chaos Computer Club (CCC).

The white-hat hackers found multiple vulnerabilities and security holes in German national voting software. The findings were released by the group on Thursday, just weeks before the upcoming vote on September 24 to elect the members of the Bundestag (parliament).

Software used to tabulate election results can be compromised and numbers tampered with, the CCC warns. Analysis of the PC-Wahl package used in many states to capture, aggregate and tabulate the votes during elections threw up a number of vulnerabilities. We're told:

The broken software update mechanism of PC-Wahl allows for one-click compromise. Together with the lacking security of the update server, this makes complete takeover quite feasible. Given the trivial nature of the attacks, it would be prudent to assume that not only the CCC is aware of these vulnerabilities.

"Elementary principles of IT security were not heeded," said Linus Neumann, a CCC spokesman who was involved in the study. "The amount of vulnerabilities and their severity exceeded our worst expectations."

PC-Wahl's technology has been used in national, state and municipal elections in Germany for many years. The state of Hesse is verifying every transmission made using PC-Wahl through independent channels, according to CCC.

For what it's worth, Germany still relies on manual counting for final tallies: electronic systems, for now, are used mainly for predictions and exit polls.

CCC has published proof-of-concept attack tools as a means to validate its warnings. The famous security outfit released its analysis in order to encourage the authorities to make necessary security improvements. "A brute manipulation of election results should be harder now because of the raised awareness and changed procedures," CCC argues.

The security of electronic voting systems has been under serious scrutiny for years, well before allegations that the Russians interfered with last year's US presidential elections. Russian intelligence has also been accused of hacking at least one maker of software used in the 2016 vote.

During a US Senate Intelligence Committee hearing in January, a senior Department of Homeland Security official claimed that the electoral systems of 21 as-yet unnamed states were probed by Russian government hackers last October. The intruders used a variety of exploits and software vulnerabilities in attempts to crack into election registration and management systems, but not the vote tallying equipment itself, according to testimony from the DHS's acting director of the cyber division, Dr Samuel Liles, as previously reported.

El Reg contacted PC-Wahl requesting comment but we're yet to hear more. We'll update this story as and when new information emerges. ®

re:Invent AWS subscribers, you can forget GPUs (unless you need to train your models)