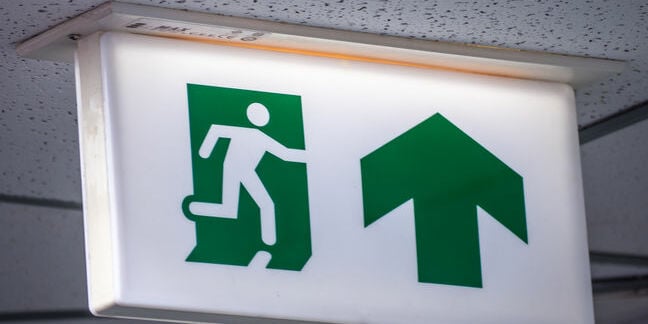 Exclusive The first implementation of a planned major reorg at Hewlett Packard Enterprise was outlined last night with a new chief sales officer named and the heads of the Americas and EMEA ops confirmed as exiting the business.

In a message to the workforce – seen by us – president Antonio Neri said Phil Davis will move from his post as boss of the Asia Pacific Japan region to be the “new global leader” for sales from 1 November.

Davis joined HPE in September 2014, according to his LinkedIn account. He had been veep and GM of Dell’s enterprise solutions division, and in his forthcoming role will replace Peter Ryan, who quit HPE last month for personal reasons.

“I will continue to run our sales organisation through Q4 as the interim sales leader. I will partner closely with Phil over the coming weeks to ensure a successful transition,” said Neri, who some insiders have cast as HPE’s CEO in-waiting.

Among the changes, which form part of the HPE Next initiative that El Reg exclusively revealed in June, the Americas boss Jim Merritt and EMEA chief Andy Isherwood will be “retiring from HPE after they assist with transitions into Q1 FY 18”, which starts in November.

“Jim has been a leader at HPE for more than six years. He has been instrumental in building our business around the world, driving profitable growth in APJ and most recently in the North America business turnaround,” Neri added.

“Andy has been similarly instrumental in our success as a business during his nearly three decades with the company. His leadership abilities were visible from his first days as part of HP’s graduate training programme, over various roles and geographies.”

HPE Next is a radical plan to revamp processes, investments, people and overheads that CEO Meg Whitman discussed with staff early in the summer. She described it as being as significant as any of the spin-offs of the PC and printer, outsourcing and software businesses – the latter being sold to Microfocus in the last week.

Under the programme – due to be completed in time for the new fiscal year – Whitman said she and her senior management team will try to produce a “long-term operating and financial blueprint”.

It is almost six years since Whitman took the helm at HPE and in that time she has made a series of dramatic moves including the divisional spinoffs and making more than 100,000 employees redundant.

Whitman said it would take five years for the turnaround to happen but it really only showed up in the last set of results for Q3 of the firm’s fiscal ’17.

Revenue grew 3 per cent year-on-year to $7.5bn for the period ended July 31, with networking and storage sales rebounding but servers still hit by sluggish demand for the cloud server line that HPE created via its joint venture with Foxconn.

With the separated PC and printer businesses now motoring, the pressure was building on HPE to get its act together.

A fresh memo to staff from Davis, and his business and function leaders is expected imminently, in which they will “share their visions for the future of their organisations,” Neri added in last night’s message to workers. ®