Redmond says the updated Defender ATP tools are now open for public preview and will hit general availability this fall with the Creators Update.

Among the new features will be the ability for Defender to provide alerts and notifications to administrators, after users click on a known malicious URL and are notified by Defender. Additionally, the security suite will be able to log when banned applications attempt to load and view logs of firewall blocks. 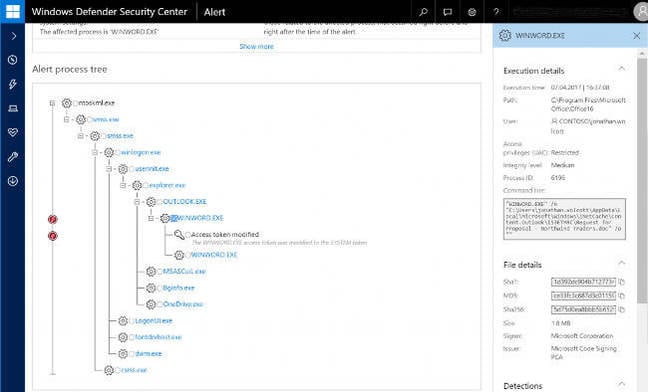 Microsoft also says Defender ATP will sport a new management screen that is designed to provide admins with a clearer picture of event logs and alerts in Defender Antivirus, Firewall, SmartScreen, Device Guard and Exploit Guard. The new interface will include updated analysis and reporting screens, as well as APIs for importing data into other applications.

The new features deliver on the promise Microsoft made back in June to overhaul Defender ATP with the Creators Update to better support mobile devices and to provide admins with a clearer picture of security events and attacks. ®