Microsoft has released its Computational Network Toolkit (CNTK) through GitHub on an open source licence, with the stated aim of speeding up artificial intelligence research.

Although Redmond had hosted the CNTK on its own CodePlex site in April of last year, it was held there under an academic licence, freezing out amateur machine shepherds.

It is now available on GitHub so that "the community will take advantage of CNTK to share ideas more quickly through the exchange of open source working code".

Xuedong Huang, Microsoft’s chief speech scientist, said he and his team developed CNTK due to their own anxieties to "make faster improvements to how well computers can understand speech, [but] the tools they had to work with were slowing them down."

In internal tests, Huang has claimed that the CNTK has proved "more efficient than four other popular computational toolkits that developers use to create deep learning models for things such as speech and image recognition," and has stated this is down to its "better communication capabilities".

"The CNTK toolkit is just insanely more efficient than anything we have ever seen," Huang said. 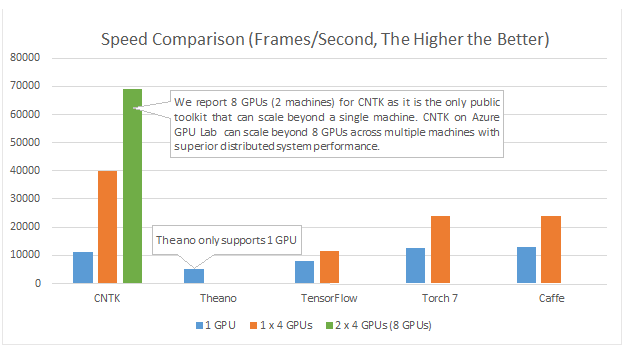 Chris Basoglu, a principal development manager at Microsoft who also worked on the toolkit, said one of CNTK's advantages is that it can be used by anyone from a researcher on a limited budget, with a single computer, to someone who has the ability to create their own large cluster of GPU-based computers.

The researchers say it can scale across more GPU-based machines than other publicly available toolkits, providing a key advantage for users who want to do large-scale experiments or calculations. ®