Fascinating detail on how people move around the system

The people in charge of the London Underground transport have released a report [PDF] in their month-long tracking trial of Tube users – and the results are fascinating.

Fortunately, TfL did it right: they used ICO guidelines to protect users' privacy by grabbing and tracking MAC addresses and then depersonalized them using a salt which then discarded at the end of each day. That in effect makes it impossible to know what the original MAC address was.

The data was then stored on a restricted area of a secure server with limited access and whose users all had privacy and data protection training. The server was not linked to any customer data and there was a strict no-data-sharing policy. TfL also put up posters at every station being tracked and gave people a simple opt-out.

TfL already tracks its passengers using the electronic Oyster card, which a huge percentage of Londoners use out of convenience and cost on their daily commute. But that data only tells the transport folk where people go into stations, where they exit, and any transfers they make to other lines.

The Wi-Fi tracking provided a whole depth of new information, more notably the route that people take getting from A to B and how long it takes them. It was also able to access how busy specific trains and platforms became at any given time.

The end result is a wealth of real-world data that TfL can use, if it's smart enough, to make every commuter's life that little bit easier.

The two most interesting examples highlighted in the report concern transport both within a single station and travel between two specific stations.

The difference between Oyster data and real-world congestion was also demonstrated clearly in a graph of traffic at the main intersection of Oxford Circus. 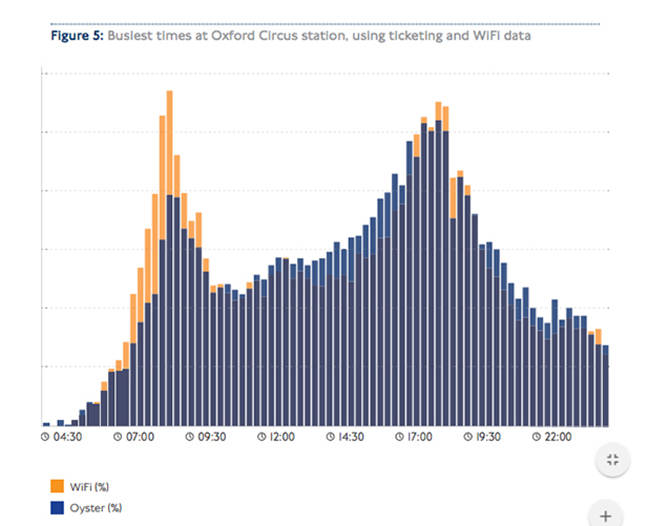 At peak rush hour, a huge additional number of people were in the station because they were passing through the station to get somewhere else. That can cause significant delays as people jostle past one another, and can then have significant knock-on impacts on the rest of the system.

For example, the route from the same platform at Euston station – which contains northbound trains on the Victoria and Northern lines – to the southbound Victoria line on a different platform was analyzed.

And while 68 per cent of customers went the fastest route – which took 1-3 minutes – the remainder went a longer route, which took 3-5 minutes. Why? Because of straight lines and signage. Many of the interconnection tunnels on the Tube are at right angles so people breeze past them. 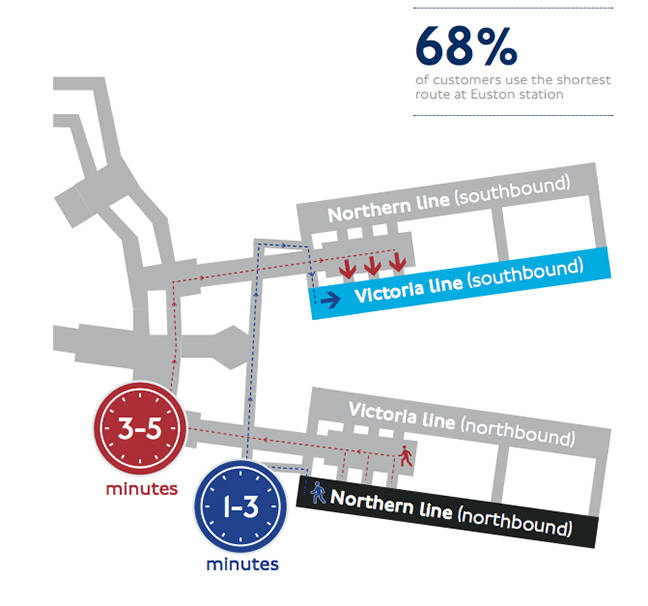 How people move within a station

It is very likely that with increased signage, TfL could reduce the journey times of millions of people by several minutes every day. And in a system as large and complex as the London Underground, that would be a huge improvement.

Another interesting example was the multitude of different paths that people took to get from two main hub stations: Waterloo and King's Cross. It broke out no fewer than 17 different routes and calculated the percentage of people taking that route. 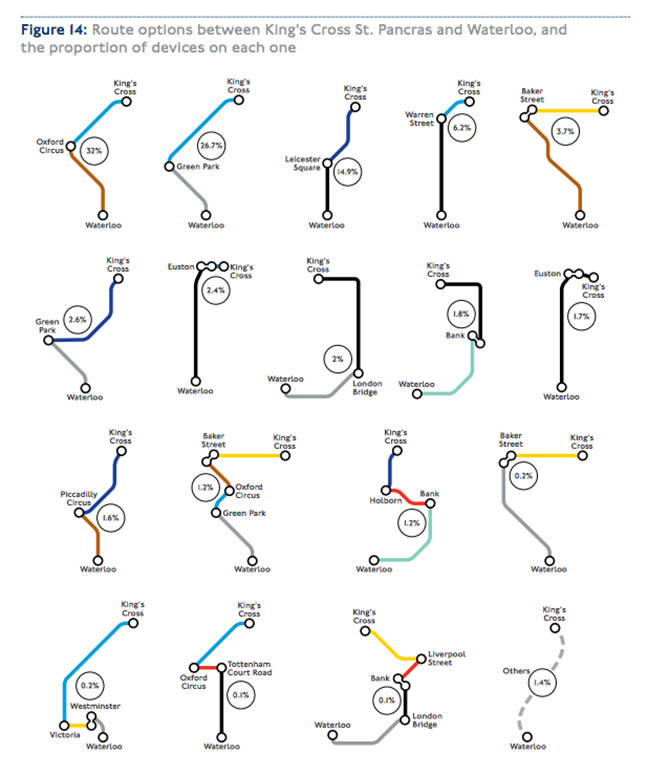 As any Londoner will tell you, take the route often enough and you end up with a peculiar individualized way of getting there in the most convenient way possible, including standing at the right point on the platform, and taking specific routes through specific stations – the difference can often be significant in terms of the time it takes.

TfL found that on this particular route: 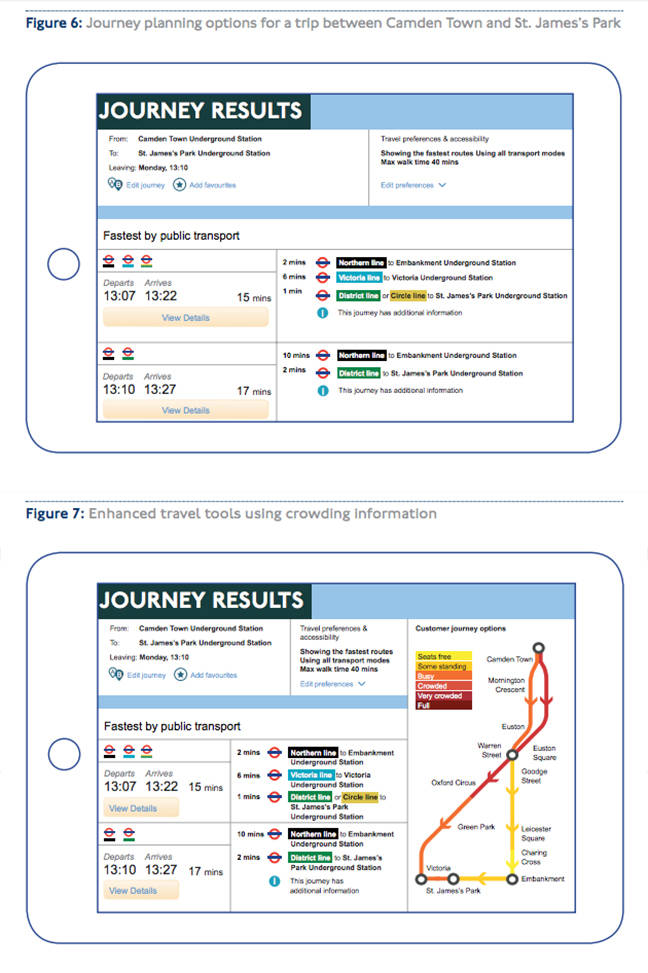 Improved travel apps should be on their way

In terms of practical impact, TfL is looking to update its travel assistance tools and apps both in terms of data and design.

Rather than the current text-heavy journey guide that relies on less-accurate data to give people the fastest route from one point in the system to another, updated services will include not only more graphics – making it easier for people to immediately understand the information – but should also let people decide a preferred route based on preferences.

It may even be possible for TfL to update commuters in real time about a faster or less crowded route to their destination, and so reduce the pressure on the system overall. And that will be music to millions of Londoners' ears. ®

Transport for London data pilot: We want to keep tabs on dockless bikes and e-bikes

Project includes shifting back office IT and replacing thousands of devices

'It's like being in my own bubble back here'

Bork!Bork!Bork! Who are we kidding? TfL's prisoners will just resign selves to 20 hour wait

Tech hipsters? On our doorstep? The Silicon what?