One of the favoured low-power radio techniques in Internet of Things research is “backscatter communications”: the transmitter sends a signal to a Thing, and the Thing modulates its data onto the reflection, and that's then decoded by a receiver.

The problem with such a passive comms scheme is that its distance is limited to … hundreds of metres or more, according to boffins who presented their work (PDF) to the Association of Computing Machinery's UbiComp on Wednesday, September 13.

The University of Washington researchers showed that a Thing consuming just 9.25 microwatts (while active) could cover a 4,800ft2 (for non-Americans, about 445m2) house that and a one-acre (0.4 hectare) vegetable farm.

In a point-to-point hop, the researchers claimed a 2.8km range.

As the paper points out, the two big challenges in getting this kind of performance were:

The researchers modified the LoRa wireless standard for their backscatter scheme, because that was the radio technology that offered the best sensitivity.

The two tricks that make it all work are a “chirp spread spectrum” (CSS) modulation, and a harmonic interference cancellation mechanism.

In the CSS modulation scheme, a 0 is represented by “a continuous chirp that increases linearly with frequency”, and 1 is “a chirp that is cyclically shifted in time”.

The harmonic interference problem, the researchers explain, arises because backscatter devices (which use a switch to absorb or reflect signals as square waves) create third and fifth harmonics. They claim their design “cancels these sideband harmonics and improves spectral efficiency”.

The Washington University devices are small enough to use flexible electronics (including printed batteries), and they believe in mass production they'll be around 10 cents each, and the receivers used SEMTECH's off-the-shelf Sx1276 LoRa modem chips. 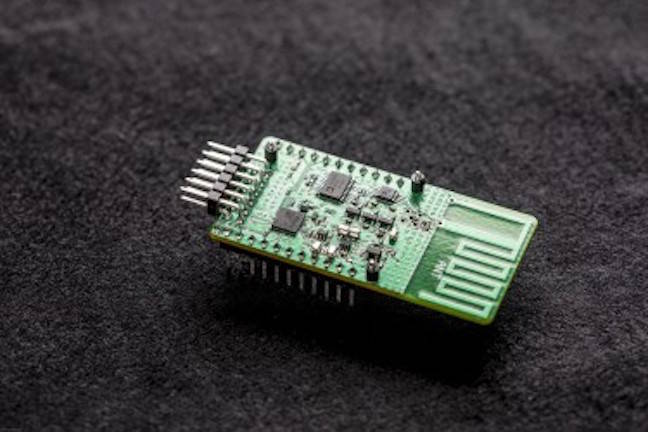 The backscatter device is also suitable as a soil sensor, the researchers say

They hope to commercialise the technology by next year through a spin-out company called Jeeva Wireless. ®