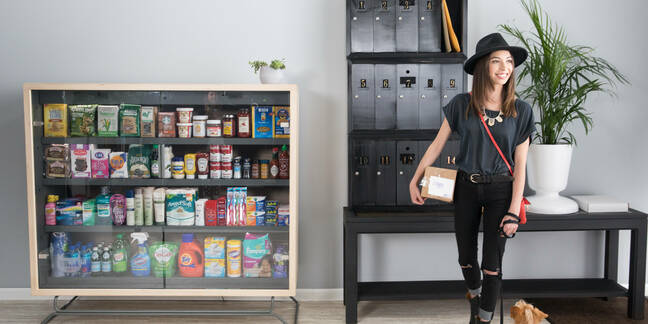 A startup called Bodega AI, facing an unanticipated Twitter tempest, has rushed to reassure people that it isn't out to kick mom-and-pop stores to the curb.

The venture-funded firm, which makes software and hardware to create "delightful automated stores" – what normals might call vending machines, but for their Ikea affect – managed to strike a nerve as it celebrated its efforts to bring mechanized shopping to the upper-middle class masses.

In this, it is similar to Amazon, which has been testing a walk-in version of commerce without human contact. But unlike the ecommerce behemoth, Bodega AI cannot just shrug off the concerns of critics.

Some of the blame can be attributed to a Fast Company profile that characterizes the company as a competitor to mom-and-pop stores. "Two Ex-Googlers Want To Make Bodegas and Mom-And-Pop Corner Stores Obsolete," the article's headline reads.

It's a blurb that invites resentment of Google by proxy and of Silicon Valley entitlement, allegations of cultural appropriation, and the fear that automation will leave small businesses unable to compete.

Despite the implausibility that fancy robo-kiosks will displace actual bodegas, the Twitterati were displeased.

As writer J Brian Charles quipped, "Gentrification and cultural appropriation all in one app."

Setting aside the problematic concept of cultural appropriation – a polarizing charge leveled in the service of identity politics – much of this is about the name.

Bodega is a Spanish word, used to refer to corner stores, often mom-and-pop stores. And by adopting it, co-founders Paul McDonald and Ashwath Rajan stumbled into the role of tech bros gunning for abuela.

"The name Bodega sparked a wave of criticism on social media far beyond what we ever imagined," said McDonald in an apologetic post. "When we first came up with the idea to call the company Bodega we recognized that there was a risk of it being interpreted as misappropriation."

Astoundingly, McDonald said the company had conducted a survey about the name and consulted with New Yorkers and branding people, but had not been warned off.

It would be interesting to know the incomes and demographic characteristics of those involved. The Register asked McDonald if he would comment beyond his published post but he did not respond.

"[W]e may not have been asking the right questions of the right people," McDonald admitted, on his way to the apology.

The right people. If we were all in this together, anyone would do. We would all be on the same page.

But Silicon Valley is a world apart from those left behind by the tech boom. The renters who associate Google buses with San Francisco's unaffordable rents, the cabbies who fear VC-subsidized ridesharing will drive them out of business, the protesters objecting to gentrification driven by Amazon and Facebook in East Palo Alto – they don't necessarily delight in a world being transformed by code.

In time – perhaps by the time this story is published – the outrage will wane. There will be some shiny new atrocity to be met with clicks and grimaces. But the underlying discontent, the fear of a world that no longer needs mom, pop or anyone else will remain.

Perhaps too the brand recognition will linger. Bad publicity is sometimes good. ®