Women get the lowly frontend jobs, while the men bask in backend glory 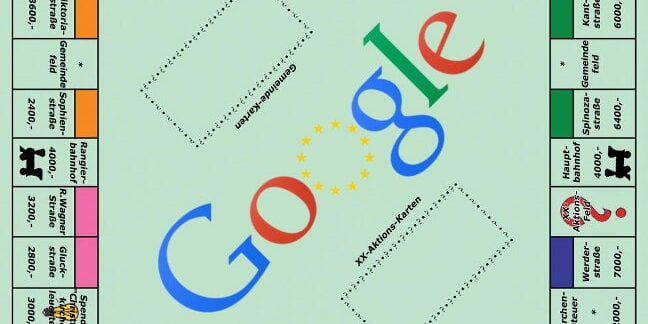 Three former Google employees filed a gender discrimination lawsuit against the company on Thursday over charges of unfair pay and promotion.

Plaintiffs Kelly Ellis, Holly Pease, and Kelli Wisuri are seeking to hold Google accountable for alleged violations of several California laws, including the Equal Pay Act, other parts of the California Labor Code, and the Unlawful and Unfair Practices Act.

"I have come forward to correct a pervasive problem of gender bias at Google," said Ellis in a statement. "It is time to stop ignoring these issues in tech."

The lawsuit arrives in the wake of a legal battle with the US Department of Labor, which sued Google in January to force it to provide employee compensation data. Google won a favorable ruling in July when it was allowed to provide less data than the DoL's Office of Federal Contract Compliance Programs sought.

But the effect of that investigation continues to haunt the company. This latest lawsuit cites testimony from US contract compliance watchdog OFCCP's regional director, Janette Wipper, who said the agency found "systematic compensation disparities against women pretty much across the entire workforce."

As an example, the complaint describes the experience of Ellis, who, despite having four years of experience in backend software engineering, when hired at Google was placed on the Level 3 Software Engineering ladder, for college graduates, rather than the Level 4 ladder for more experienced coders.

Meanwhile, male co-workers hired after Ellis with equal or lesser qualifications were placed on the higher-paying Level 4 track, according to the lawsuit.

The complaint suggests that Google believes a woman's place is in frontend software engineering.

In a statement emailed to The Register, Google senior manager of corporate communications Gina Scigliano said the company disagrees with the central allegations of the lawsuit.

"Job levels and promotions are determined through rigorous hiring and promotion committees, and must pass multiple levels of review, including checks to make sure there is no gender bias in these decisions," explained Scigliano.

"And we have extensive systems in place to ensure that we pay fairly. But on all these topics, if we ever see individual discrepancies or problems, we work to fix them, because Google has always sought to be a great employer, for every one of our employees."

Concern about salary disparities at Google has surfaced before. In 2015, Erica Joy, then an employee of the company, posted a salary sharing spreadsheet to an internal social network. The data has not been made public but reports suggest pay inequality was evident.

Google has also faced fire from the other side. In August, a software engineer by the name of James Damore posted a now-infamous memo to an internal forum arguing that Google's approach to diversity was wrong. Among other ill-supported claims, he insisted there's no pay gap.

"For the same work though, women get paid just as much as men," he wrote.

Damore's tract got him fired shortly after it became public.

Gender discrimination and sexual harassment have bedeviled Silicon Valley firms for years, but such claims can be difficult to prove, even when plaintiffs can muster the courage to come forward. Ellen Pao brought a high-profile gender discrimination claim against her former employer, venture-capital firm Kleiner Perkins Caufield & Byers, but in 2015 she lost in a court of law.

In February, Susan Fowler's rebuke of Uber's amoral culture fared better in the court of public opinion. Her criticism helped lead to the ouster of co-founder Travis Kalanick as CEO, and has afforded the ridesharing company a chance to repair its image.

For Google, a reckoning may be difficult to avoid because the case has more to do with salary data than behavior. And the company is pretty good about storing data. ®