DoJ: Look! Google is giving up overseas data for warrants outside Second Circuit

Go on, Supremes, have another look at that Microsoft ruling, wouldya? 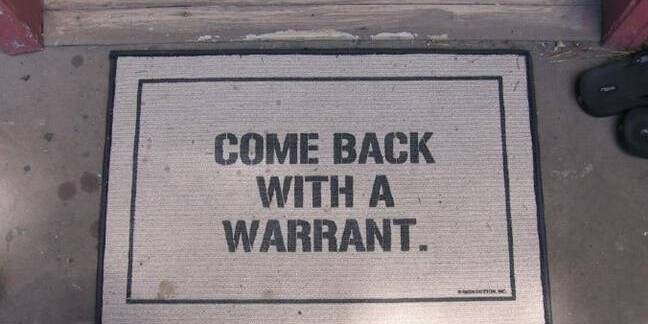 Updated Google will not contest new warrants for overseas data - as long as they are made outside the Second Circuit, according to the US Department of Justice.

The DoJ made the revelation in a reply brief issued as part of the ongoing battle between the US government and Microsoft over emails held on servers in Ireland, which Uncle Sam says should be handed over according to section 2703 of the Stored Communications Act.

According to the DoJ, Google has altered its previous position after a series of unsuccessful challenges to warrants issued to it for overseas data, which include an August ruling in a California federal court and a February ruling by a magistrate judge.

In its brief, issued this week, the DoJ said: “In the wake of those decisions, Google has reversed its previous stance and informed the government that it will comply with new Section 2703 warrants outside the Second Circuit.”

It did add, though, that Google - who did not respond to a request for comment from The Reg - would “appeal the adverse decisions in one or more existing cases”.

The DoJ is using the Chocolate Factory’s policy change to demonstrate that the government’s ability to use warrants to obtain communications abroad now depends on the “jurisdiction and the identity of the provider”.

Its aim is to persuade the Supreme Court to review the New York-based Second Circuit Court of Appeals’ ruling that Microsoft doesn’t have to hand over data held overseas.

Microsoft has been fighting that case since 2014, when the FBI asked for the emails of a non-US citizen - the Redmond giant refused, saying that the search warrants couldn’t reach beyond US borders.

The US government has argued that, as a US provider, Microsoft should disclose the communications - its latest brief noted that the disclosure could be done by US-based employees “without leaving their desks”.

A landmark ruling last July saw the Second Circuit rule that Microsoft didn’t have to hand over the data, and in January this year, the US government had an appeal for a rehearing denied. Earlier this summer, it took its requests for an appeal to the Supreme Court.

The latest reply brief from the government said that “every decision outside the Second Circuit to consider the issue has squarely rejected the panel’s holding—a striking consensus that now includes eleven magistrate and district judges”.

It said that, “given the unanimity of views in other courts…it is unlikely that all of the decisions rejecting the panel’s holding will be reversed on appeal”.

It added: "No sound reason exists for this Court to tolerate the present disuniformity, uncertainty, and harm to public safety while it awaits the development of a circuit conflict."

Microsoft did not respond immediately to a request for comment, but VP Brad Smith has previously stated that he was “confident our arguments will be persuasive with the Supreme Court”.

At the time, Smith also noted that Congress was working on laws to clarify when jurisdiction can extend to machines that are housed overseas. ®

“We’re continuing to follow the Second Circuit Court of Appeals’ decision and will decline to produce data stored overseas in courts that fall within that circuit," Google tells The Register in a statement.

"To seek consistency in the law, we are appealing some of the cases where lower courts have decided not to follow the ruling of the Second Circuit Court of Appeals. This discrepancy in court decisions is yet another reminder that data surveillance laws need to be modernized to safeguard users' privacy, protect law enforcement's legitimate need to collect digital evidence, and provide clarity. We are pleased that both houses of Congress have introduced bills that address these issues."