That is IT, stationery, toilet rolls, etc 'give us discounts' says outsourcing biz 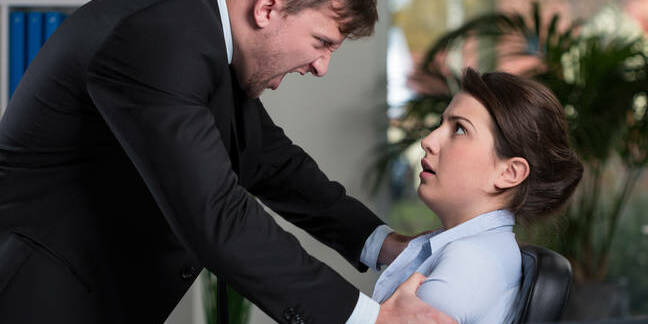 The procurement team at DXC Technologies might consider giving courses on how not to win friends or influence people after sending suppliers an ultimatum: cough better financial terms or else.

In a global initiative to bulk out margins, the outsourcing firm wrote to its traders warning them that if they wanted to remain on the "approved supplier list", they would need to agree to a 15 per cent cut in contracted prices, sources told us.

The massive fishing expedition has gone down badly with those suppliers, which range from companies in the technology supply chain through to office stationery wholesalers through to marketing agencies.

“Imagine if all of DXC’s own clients wrote to the firm [to] demand the same discount!” one DXC supplier told us. (El Reg concurred and thought it might prove to be an interesting exercise - any takers?)

All big tech resellers from Capita to Computacenter to Dixons Carphone annually write to their trade suppliers to squeeze out better T&Cs from them, and DXC clearly thought it was an easy win.

But one source close to the situation claimed that the reputational damage caused by squeezing suppliers in already tight economic times could be “potentially significant”.

DXC, which on 3 April emerged from the union between CSC and HPE’s Enterprise Services organisation, forecast cost savings of $1bn in its first year and a run-rate of $1.5bn in year two.

Management will endeavour to achieve this through a mixture of real estate consolidation, redundancies, offshoring jobs and supply chain efficiencies – including getting increased support from “strategic partners,” the business revealed in its Investor Day document.

Hundreds of UK staff were put at risk of redundancy earlier in the summer, UK offices are being cut down in size, and now it is clear that DXC is trying to claw back extra profit from its channel.

In the US? Using Medicaid? There's a good chance DXC is about to boot your data into the AWS cloud

Exclusive What could possibly go wrong?

We asked readers what DXC should be known for... and of course you came up with the goods

You lovely bunch of, um, brand strategists. We knew you'd treat them right

All bets are Hoff: DXC exec is standing for Brexit Party in UK General Election

Meet Gordon, a man who knows all about job losses, uncertainty and bankers