Easyleads applies to be struck off after investigation 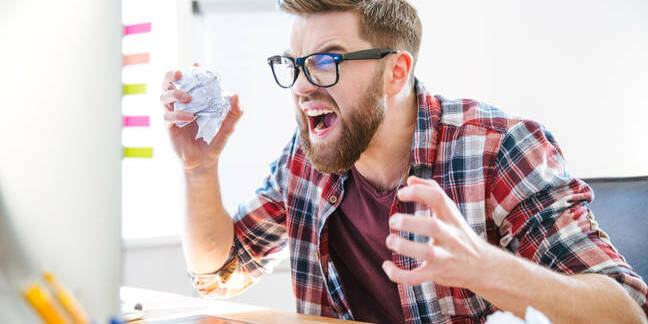 Blighty's Information Commissioner's Office is claiming another big win after fining marketing firm Easyleads Ltd £260,000 for being a royal pain in the ass – or, more specifically, for making 16.7 million automated marketing calls.

Illegally, the Coventry-based professional pesterers did not have the consent of unsuspecting members of the public that it called about boiler grants. And irritatingly, Easyleads broke the rules by failing to include its name or contact details in the recorded messages.

Some 550 victims complained to the ICO, many of whom said they'd received multiple calls, some late at night or early in the morning with "particular frequency over the May 2017 Bank Holiday weekend".

The data watchdog said it also discovered Easyleads had "deliberately misled" people by referring to a government-backed scheme and the offer of a free boiler.

Andy Curry, ICO enforcement manager, said in a canned remark: "We hear first-hand from people how utterly disruptive, annoying and sometimes distressing automated calls can be. Firms cannot expect to get away with intruding into people's lives like this.

"We're here to take action, like we've done today, to stamp out this modern day torment."

The challenge for the ICO will be getting its hands on the £260,000 fine from Easylands; company director Shaun Harkin applied on September 5 to have Easyleads struck off, according to a filing on Companies House. This means the firm could be dissolved in two months.

The UK government announced last year that it will introduce new laws to allow the ICO to fine the directors of a company that makes nuisance calls, but there is no sign of this legislation yet.

Curry reiterated that the change in the law "can't come soon enough".

Unperturbed, the ICO said it was "committed to recovering fines it has issued" and will "work with insolvency practitioners and liquidators if a company moves to insolvency after being fined".

Hi! It looks like you're working on a marketing strategy for a product nowhere near release! Would you like help?

Who, Me? Engineer reveals departmental porkies, gets told never to leave his desk again

Sent 1.42 million mailers to unconsenting folk in a year