After Microsoft calls out HP Inc over stalled Windows 10 logins, HP bounces back with a fix 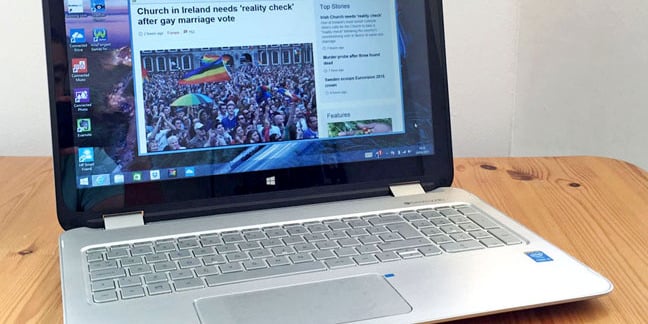 After enduring roughly two weeks of complaints, HP Inc has today produced a fix for folks struggling with blank screens on their computers.

A Windows 10 update, released by Microsoft on September 12, caused HP PCs to get stuck showing black displays after users attempt to log in. Machine owners reported seeing nothing but blank monitors for up to five or ten minutes after entering their usernames and passwords.

Last Tuesday, on September 19, a Microsoft spokesperson told us it was "working to resolve this" cockup, and referred affected readers to a webpage that seemed to link the problem to faulty information from HP. The page claimed some, cough, cough, manufacturers ship disks with "incorrect registry keys" installed that conflict with a service Microsoft uses to prepare applications, which is called app readiness.

After acknowledging the problem three days later, and noting that a fix is looming, today a spokesperson for HP Inc told us it has published an online support page that offers two possible solutions for affected HP owners running Windows 10.

The first – which some support forum dwellers had previously experimented with – was to disable the app readiness service. The second is to use a tool called HP Image Enhancement for System Logon, and run Windows Update after.

When opened, the tool notes a "critical" update is required, and ultimately it appears to search for and destroy specific registry keys causing the login stalls.

According to the spokesperson for HP Inc, users can either download and run the tool from the above support page link, or wait for it to appear as an automatic update. ®