What's in this Monday morning storage BLT? A 12TB WD HDD, wars of words – and more

Roundup Hungry for storage news? Tuck into this bulging storage sarnie for breakfast.

Patrick Rogers, marketing and product management veep at Cohesity, took exception to comments about Cohesity by Rubrik CEO Bipul Sinha earlier this month. Rogers told El Reg: "I just read your article about Rubrik where Bipul Sinha stated that Cohesity doesn’t generate metadata and so doesn’t possess the granularity that Rubrik does.

"I'd like to clarify that Cohesity DataProtect actually provides a native metadata store that indexes each backup image, and provides granular VM or file-level recoveries. Furthermore, because DataProtect stores each incremental backup as a clone using our branded SpanFS file system, we provide instantaneous recovery of granular objects from any previous backup.

"Lastly, because we provide globally consistent NFS mount points, we can also ingest backup images directly from SQL Server, Oracle, or any other backup software application."

Or rather not lastly, because Rogers continued: "Based on their own publicly available information, it appears Rubrik can only do the first item above. Rubrik is missing an underlying file system in their architecture. Instead, they use a simple distributed blob store which makes reconstruction, of anything but the latest backup image, a lengthy and compute-intensive process.

"This impacts their ability to deliver speedy RTOs and granular RPOs which is of paramount concern to most backup administrators. To adequately handle SQL or Oracle dumps, it appears Rubrik requires additional proxy servers which further complicates their data center implementations."

So, in summary: Rubrik's booed.

Druva has added support for Hyper-V to its Phoenix product, joining its VMware vSphere and Nutanix-supported virtual machine environments. Through the Hyper-V support customers get:

Vantara is all about data, and Hitachi could have added Insight Partners and Pentaho to Hitachi Data Systems, thus keeping HDS as the main brand. But, with this birth of Vantara, Hitachi appears to be saying the HDS brand equity is worth less than starting afresh with a new umbrella organization.

Hitachi is ultimately looking to sell IoT edge devices and analytics into the worlds of railways, power stations, smart city infrastructure, and so forth.

HDS could be viewed as having missed the hyper-converged infrastructure appliance wave, and also was not making much of a splash as an all-flash array supplier. With traditional enterprise on-premises storage under threat both from hyper-converged boxes and the public cloud, coupling HDS technology to Internet of Things gear, analytics software, and associated services, looks to be a good sideways pivot.

And don't forget: back in August, Jack Domme rapidly ejected from the HDS CEO chair. Perhaps, as one HDS source whispered to us, he was pushed out ahead of the forthcoming Vantara shakeup.

ProphetStor Data Services has announced the availability of its StellarFlash array technology on certified commodity storage servers. These are turnkey boxes available as all-flash arrays or as a hybrid combination of SSDs and hard disks offering a blend of capacity and performance.

Scale-out filer startup Qumulo has announced its Qumulo File Fabric (QF2) with a single file domain that spans your data center and the cloud. It has also launched QF2 on Amazon Web Services, available immediately. Qumulo offers a free tier for using QF2 on AWS for up to 5TB.

Peter Godman, Qumulo's founder and CTO, claimed QF2 is “the only unified fabric to span on-premises and public cloud storage for customers at petabyte scale, QF2 is in an entirely new class of enterprise storage.”

QF2 runs on standard hardware, and, we're told, provides billion-file capacity at a claimed one third the cost of legacy storage appliances (measured by cost per usable terabyte.) Qumulo also claims it is the highest-performing file storage system on premises and in the cloud.

The product has cross-cluster replication to move data around your on-site servers and on the cloud. QF2 can be implemented across multiple operating environments that are connected using replication relationships. It also has real-time quotas, directory-level snapshots, and real-time visibility into large data sets. Qumulo says it has built-in block-based tiering of hot and cold data that delivers flash performance at hard-disk prices.

The Seattle-based upstart wants us to know it is the highest rated in its class on Gartner Peer Insights and enjoys one of the highest net promoter scores (NPS) in the storage industry.

QF2 is available now. For on-premises data centers, Qumulo offers subscription-based pricing that includes software and support. QF2 clusters on AWS have utility pricing that is based on hours of use, capacity and performance. And as mentioned, QF2 can be used for free in non-clustered, standalone mode on AWS. 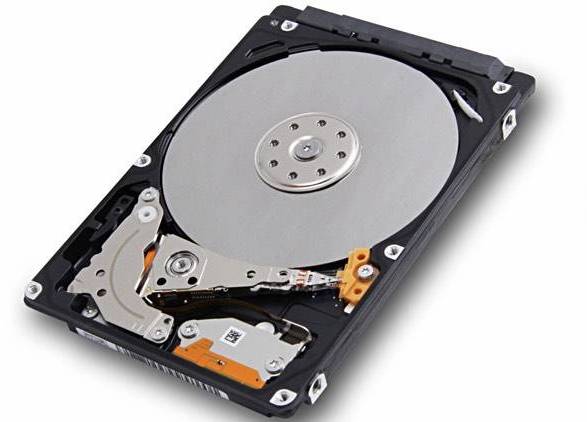 We think it might be a single platter drive, in which case the areal density will be impressive. El Reg has asked Toshiba to confirm this.

The 3.5-inch form factor WD Gold Helium-filled disk has been given a maximum capacity increase from 10TB to 12TB. It transfers data at a sustained rate of 255MB/sec whereas the previous 10TB max capacity Gold managed 249MB/sec. The basic details are the same as before, though: 7,200 RPM spin speed, 6Gbit/s SATA interface, a 550TB/year workload, a 2.5 million-hour MTBF, and five-year limited warranty.

The product can be geo-distributed with storage policies and features that provide global outfits access to the same data no matter where their sites are located. The Access Appliance lets enterprises replace outdated or sub-optimal storage, including tape storage, with an integrated offering that combines the Veritas Access software with pre-tested and configured hardware. It promises:

ReRAM technology developer Crossbar will be attending the Leading-Edge Embedded NVM Workshop between September 25 and 27 in Gardanne, France. Sylvain Dubois, veep of business development and marketing, will talk about how to “unleash new system architectures with Crossbar ReRAM for embedded applications and storage class memories” on Tuesday at 9am.

IBM has made Spectrum Sale available on AWS. There is a quick start reference deployment document here.

Thomas Isakovich, the punchy CEO of Nimbus Data, has another provoking blog asserting Tintri is on a downwards path because its business model is wrong. He concluded: "Storage systems companies without massive scale that run the unsustainable “golden era” playbook will fail. They will share the same fate of brick-and-mortar retailers in the era of Amazon or traditional taxi companies in the era of Uber."

Scality has made a trio of appointments:

All-flash array pioneer and crashed Violin Memory, active again now that it's out of bankruptcy, has signed up JPR Communications to do its PR. The Ebrahim Abassi-led management team wants to turn the company around and reestablish it with new hardware and software products. Expect to hear more on this front soon. ®