HPE showers trios of storage boxes and servers on SMEs

Specifically, the hyper-converged system is a SimpliVity 380 box using a gen-10 ProLiant. The trio of servers are the gen-10 ProLiant ML110, ML350 and DL580 systems. The Wi-Fi product is an OfficeConnect OC20, and the Ethernet announcement is the StoreFabric M-Series switch. Separately, HPE has announced exclusive availability of the full and freshly acquired Nimble Storage product and service portfolio from its channel partners worldwide from November 1.

Starting with the three new servers, HPE is continuing to add gen-10 compute capacity to its ProLiant line-up:

HPE has announced one new MSA storage array and two updated ones – the dual-controller MSA line being HPE's small and medium business data storage offering with Fibre Channel interfaces. They all use a fifth-generation architecture. The product family also gained a new bezel design: 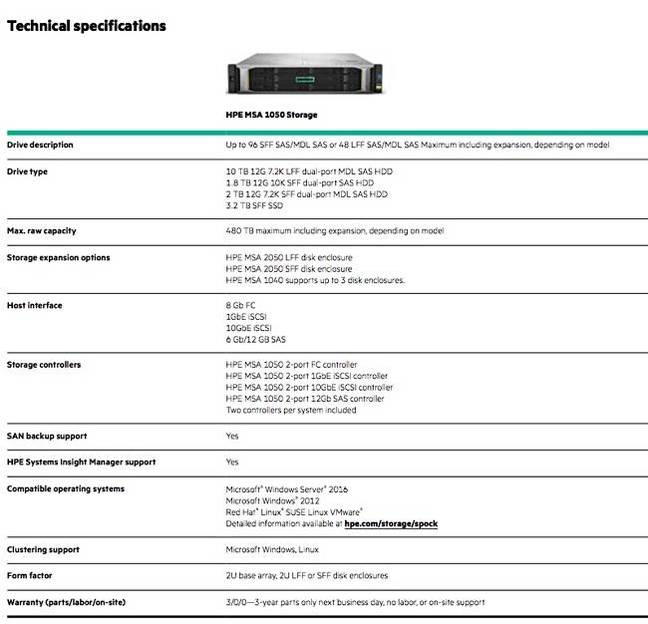 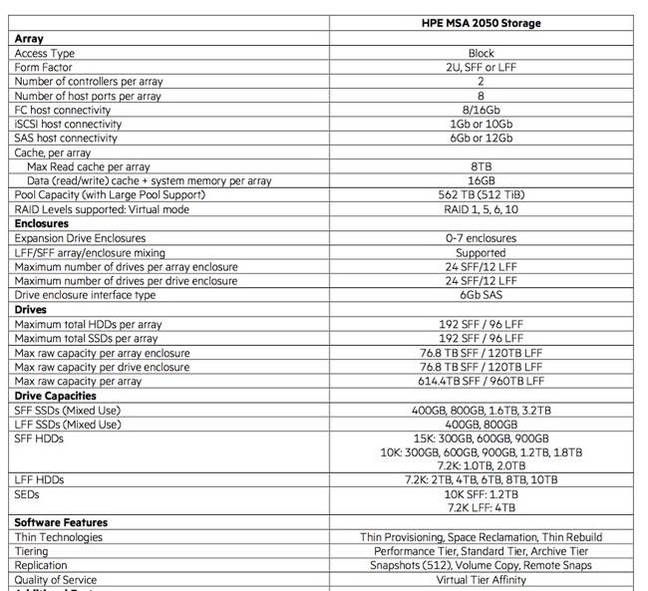 The 2050 and 2052 differ very little, judging by the 2050 and the 2052 spec sheets. Notably, the 2050 supports self-encrypting drives, while the 2052 does not. HPE has provided an intro video to its new MSA gear, here. It also is providing direct SAS connectivity between its gen-10 ProLiant servers and the 1050 and 2050 arrays with no other network infrastructure required.

The SimpliVity 380 is an existing hyper-converged infrastructure appliance to which HPE has added new entry-level and all-flash SimpliVity 380 HCI configurations that are claimed to be 20 per cent cheaper than competing kit. It said the technology has built-in data protection, disaster recovery, deduplication, and compression.

The StoreFabric M-series switches provide flash-optimized networking over standard iSCSI connections. HPE said they have an industry leading price point. The OfficeConnect OC20 is a cost-effective Wi-Fi access point for businesses without dedicated IT resources. HPE claimed it is easy to set up with a mobile app. The IT titan has also launched StoreOnce CloudBank, pumping out array data to AWS, Azure and on-premises object storage, for long-term data retention.

Small biz and medium-sized enterprises can now pay over time for their tech kit with HPE's Consume IT for SMB program. Customers select products from a menu of options that include gen-10 servers, storage, and networking hardware, software, and support services, and then pay a monthly subscription fee. Here's a run down of the costs: