If you liked it, then you shoulda put a ring on it it on a ring

Apart from actually performing computations, one of the most difficult quantum computing challenges is getting qubits to scale.

A Japanese team has published what it believes is a solution to the problem of scale. Quantum gates are complex creatures with many more components than their classical equivalents, so instead of trying to cram enough gates into a small space to perform calculations, the University of Tokyo proposal is to send photons around in a ring, re-using one gate to act on different photons in turn.

(By now, greybearded and defeated Token Ring partisans are wiping away nostalgic tears and thinking “we were too soon”.)

If need be, the light pulses can travel around the loop indefinitely, according to professor Akira Furusawa and assistant professor Shuntaro Takeda, who came up with the scheme, without losing the quantum information they carry.

Because of this, the pair make a fairly bold claim: 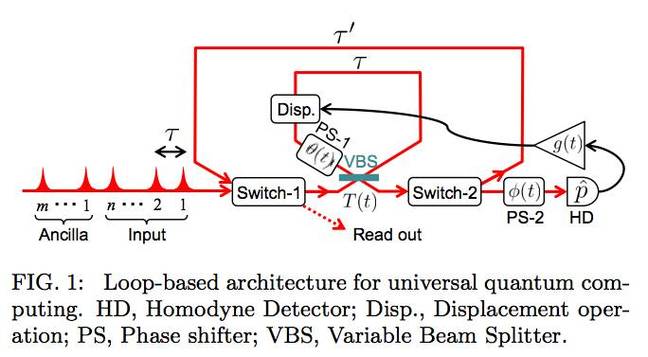 The paper, published at Physical Review Letters and also available at arXiv (PDF), also notes that the scheme is compatible with existing quantum error-correction techniques.

In a media release (here) Professor Furusawa says his team is working on automating the error-correction process. The release adds that his previous optical-based quantum computing system needed 6.3m2 and 500 mirrors and lenses, and could only handle a single pulse at a time.

Furusawa's paper notes that the gate sequence is electrically programmed, making it fast, and it notes that “all the basic building blocks of our architecture are already available”, meaning the work should be replicable.

Furusawa said in the canned statement: "We’ll start work to develop the hardware, now that we’ve resolved all problems except how to make a scheme that automatically corrects a calculation error." Good luck with that. ®