So. Should I upgrade to macOS High Sierra?

Not today, and not soon

Analysis Apple releases a systems nerd nirvana today, a new OS that’s packed with more profound and interesting under-the-hood technology features than Apple has released for years. But should you rush out and upgrade to macOS 10.13 High Sierra?

Well, certainly not, if you want to maintain a set of working peripherals. And emphatically not if you’re a creative using the industry standard Wacom tablet. This is the ongoing “Kextpocalypse” (everything is a pocalypse or a gate these days)- changes to the secure model of the drivers, which are kernel extensions (kexts) - summarised here.

All High Sierra's most interesting features are at the deep system level. 10.13 has no new apps and (almost) no new user-facing features at all. Apple has even resisted to give a cosmetic makeover to what’s already there. Consumer sites are yawning. TechCrunch calls it “a fairly disappointing upgrade” – a sure sign something interesting might actually be going on. What might this be?

New file systems are a rare treat, and High Sierra turns the Big Switch on the biggest overhaul to a mainstream computer file system since the 1990s. Microsoft introduced NTFS in 1993 but it was eight years before it was deemed ready for the mass market, in Windows XP. HFS+ is even older.

After a tentative introduction in Sierra, the new Apple File System, APFS, revealed to the world at WWDC last year, will be the default for 10.13 Macs. New Macs will run it by default, and it converts most existing upgrades (but not hybrid Fusion drives) over from HFS+. It’s the first new design for the modern era of multithreaded CPUs and SSDs, but has also been designed to be scalable enough to run on all four Apple OSes, including the Apple Watch.

For users, it’s a one-way trip. High Sierra performs a non-destructive conversion of an HFS+ volume into an APFS volume, but you’ll need to erase APFS if you want to revert back to HFS+. 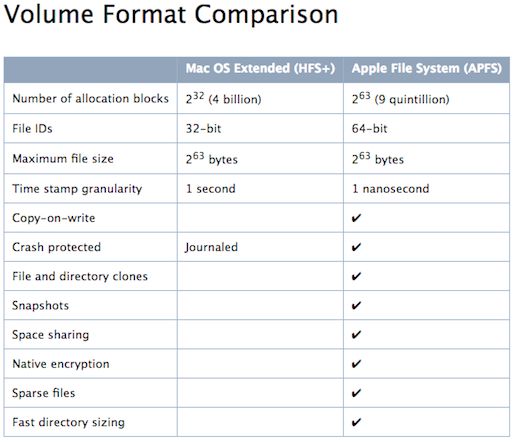 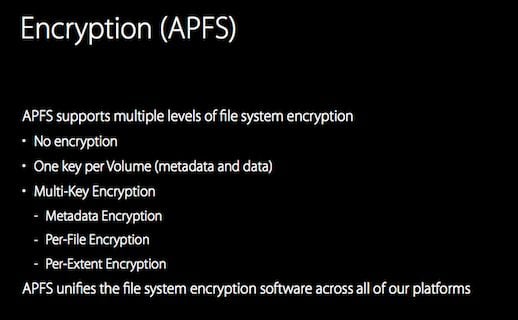 The only new user feature immediately apparent will be that directory size calculations are performed instantly. (A new metadata store keeps track of space used by a file tree, so it’s instantly up to date.) The pay-off comes in the long term.

The other features are like a wish-list for a modern Mac file system: 64 bit file IDs, snapshots, very low latency operation, fast directory resizing, sharing a file’s data across volumes, more elegant resilience against crashes. (The journal is superseded by copy-on-write.)

Systems guys will rightly point out that many of these features have been available for years. Indeed, a decade ago, Apple was poised to adopt the relatively-newish ZFS file Sun had developed, and had been working on a port. But then Sun’s CEO blurted out the news before Steve Jobs announced it, and that was that.

ZFS remains the choice for many - I’m not going to argue, you can. 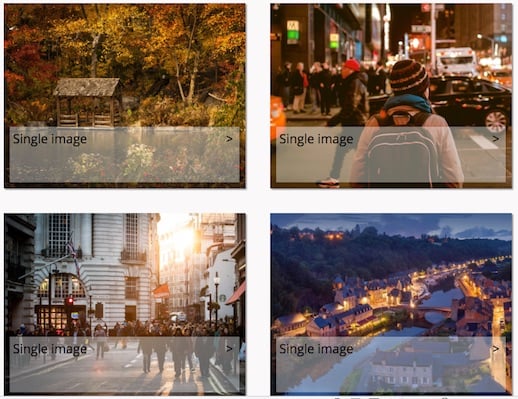 The biggest future benefit in this year’s Apple platform updates - assuming printers have started to print, and file systems have upgraded without losing data - will be the fundamental new multimedia file formats. JPEG and H.264 are on their way out. New container formats High Efficiency Image File Format (HEIF, or “heef”) for images and High-Efficiency Video Coding (HEVC)  for video. They promise great space savings at the expense of compatibility. A new-ish Mac and a recent-ish iPhone upgraded to iOS 11 will be fine.

HEIF not only bundles up everything that’s typically associated with an image - exposure metadata, the multiple images recorded in a burst shot, a thumbnail - but also offers much more aggressive compression, almost 3x the space saving.

You can find out more here.

HEVC was also designed to tackle the storage problem created by high frame rate high resolution video (the new iPhones can now shoot HD at 240fps or 4K at a ludicrous 60fps). The problem with HEVC is that it is hugely hardware-intensive, and anything prior to Skylake is not supported. Other than some 5K iMacs from 2015, only hardware released in 2016 and this year can cut it.

The problem with HEIF is largely one of Windows compatibility, as new iPhone models (and upgraded iPhones) begin to send down HEIF files. High Sierra’s Photos app knows there’s a JPEG in there waiting to get out, but Windows 10 doesn’t, as this post confirms.

Until your Windows 10 software is updated, you’ll need to set the iPhone’s Camera to “Most Compatible” rather than “High Efficiency” the other way. 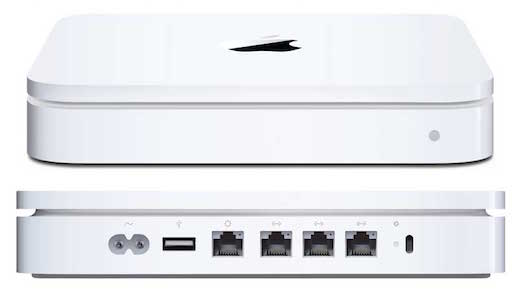 Remember this, the Apple Time Capsule? Good, because nobody at Apple can.

Some major features of macOS Server are coming to High Sierra. Yes, Apple still maintains and sells this, for £19.99, and schools find the management features very handy. But the updates to 10.13 make it less necessary for SMEs.

You now nominate a Mac as a Time Machine backup server for other Macs on the LAN. This isn’t as sensible as a dedicated family NAS, or plugging a drive to the router, but it’s certainly cheaper.

In a separate but related feature, you can now also cache content, and share cached content with Apple devices. Rather like Windows 10, a device can cache a system download so other devices don’t have to pull it off the interwebs, but instead request it from the LAN. This doesn’t just cache system updates, but iCloud content, and data on attached peripherals.

More experienced readers will recall that Apple and Microsoft have often introduced useful LAN file-sharing features only to neglect or bury them. (Windows NT at one time had no real distinction between "Server" and "Workstation" in terms of whether it capped the number of inbound or outbound TCP/IP connections, for example.) While the Mac was arguably more LAN-focused in the '80s and '90s than it is today, my guess is the new inclusion was in the interests of security.

Either way these are two practical improvements that should improve Mac computing as the update rolls out... and as the bugs are fixed. ®