ISIS and Jack Daniel's: One of these things is not like the other

A man was reportedly asked if he was an Islamic State sympathiser after his neighbours mistook a Jack Daniel's flag for the black-and-white terrorist insignia.

The unnamed Italian hung the whiskey distillery flag outside his home in Regensdorf, Zürich, only to receive an anonymous letter from "concerned neighbours".

"Should we be afraid of you? First the Italian flag and now the black flag of death. Are you an IS sympathiser?" the letter asked.

"I fell from the clouds when I read that," the incredulous 29-year-old told Swiss rag 20 Minuten (as spotted in English by The Local). He asked his neighbours who had sent the letter but, unsurprisingly, none of them 'fessed up.

This could be because the unnamed Italian man plans to sue whoever wrote the letter for damaging his reputation – libel, in English. 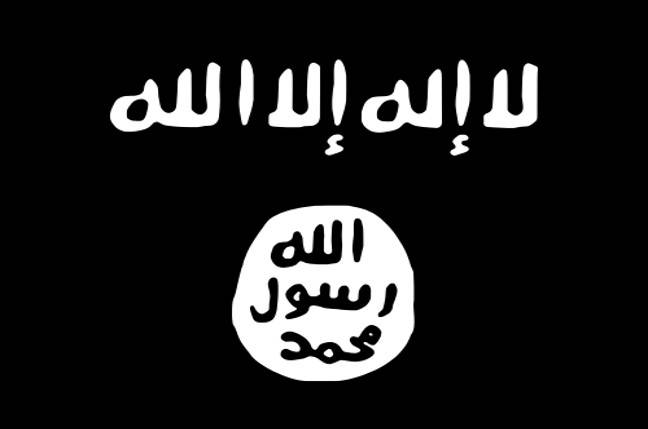 The Islamic State flag. Compare and contrast with the Jack Daniel’s logo, here

He has refused to remove the flag on the basis that this would just prove his idiotic neighbours right. ®