NASA was just one such case. The ThinkPad appealed to the space agency just because of its rugged nature and the hardware became the first laptop to be certified for space travel. Even with the problems caused by cosmic rays, the ThinkPad was the laptop of choice for the spacefarers. 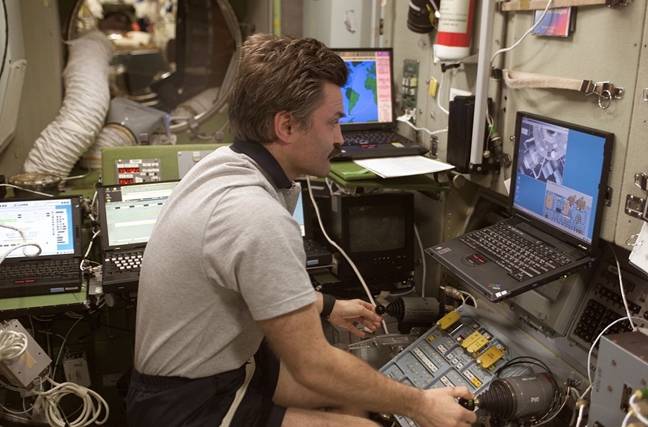 So many orbiting ThinkPads

The ThinkPad enticed businesspeople as well. Laptops back in those days were fragile and unpleasant to work with and the ThinkPad stood up to hard treatment very well. We used to joke that if a mugger tried to steal one you could beat him to death with it and still have a working machine afterwards.

But the ThinkPad also drew admiration for design quirks that others hadn't thought of. The aforementioned downlight was a big success when introduced in 1998 and many users loved the touch mouse – although many others hated it. 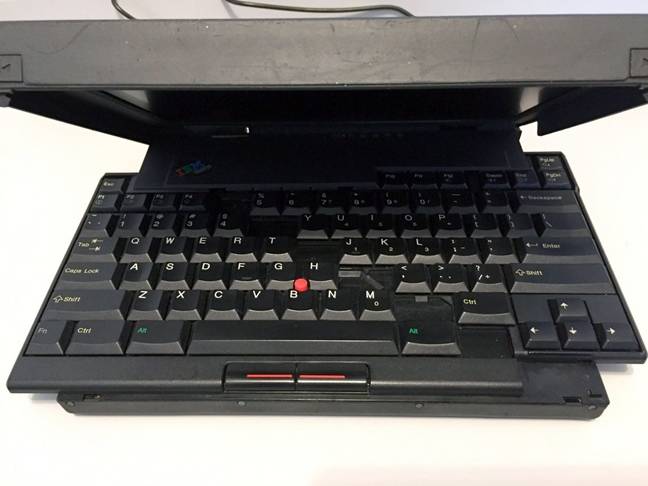 In 1995 the ThinkPad designers once again scored big points with the 701, which had a new keyboard that folded out to be larger than the body of the laptop itself. The 760, introduced the same year, had a keyboard that lifted to a tilt for easier typing, which also proved popular.

In 1997 the ThinkPad 770 came out with a very handy drive design that allowed users to swap a floppy drive, DVD-ROM or extra hard drive in. This proved useful for end users, but also for IBM which made bank selling the accessories.

The design wins continued as the IBM team carried on playing around, looking for new techniques to give them an edge. The 1999 ThinkPad 570 had a removable base station so that buyers got a small, light laptop for day-to-day use and an UltraBase docking station packed with ports for when they went back to their desks.

A less successful idea was the ThinkPad Transnote, which has an attached paper pad that could be used to put written text onto the computer. While it won design awards, it wasn't popular with buyers, particularly as the dotcom bust kicked in.

The ThinkPad line also had a number of firsts for the form factor. The 2004 ThinkPad T42 was the first laptop to have an integrated fingerprint reader for security. The following year, fears that the purchase of the brand by Lenovo would be a death knell proved unfounded when it introduced the X41. This had a screen mounted on a central bezel so that it could be swiveled and turned into a tablet.

At first the new ownership seemed to work, with a string of iconic ThinkPads including the carbon fiber X300, one of the best laptops of its generation. The 2012 X1 Carbon also used the new body material and has built a devoted following.

But then in 2013 Lenovo screwed the pooch and changed one of the most important features of the ThinkPad line, the keyboard. The old seven-row keyboard was dumped in favor of a six-line version with nasty rounded chiclet keys and some devotees quit in disgust.

The move didn’t hurt sales too badly, however, and Lenovo brought out a whole slew of ThinkPad-branded laptops that were snapped up. But purists noted that only those models aimed at business retained the hardiness and functionality of their predecessors, while consumer versions tended to fail more often and be more problematic.

The situation is going to get a little more complex in future because Lenovo has decided to give AMD a shot, while continuing to use Intel as a processor supplier. AMD's Ryzen chip family will power some models in the ThinkPad A Series line.

While the new ThinkPad 25 looks like a return to form, it remains to be seen whether Lenovo can get back on track or whether the ThinkPad brand is doomed to slow decline. That would be a sad end to a product line that has been the mainstay of business laptops for so many years. ®