BarraCuda Pro and IronWolves get a capacity jump

Seagate has fired out three 12TB drives, punting one at the desktop, two at the NAS market, and clobbering WDC on capacity in both areas.

The desktop BarraCuda Pro comes in 2, 4, 6, 8, 10 and 12TB versions, previously maxing out at 10TB. Seagate says it has double the space of its nearest competitor, the 6TB WDC Blue. We understand the thing is helium-filled at the 10 and 12TB levels and air-filled below that.

We think the 10 and 12TB versions employ eight platters with the others relying on six, but have asked Seagate to clarify. The 12TB IronWolves use eight and weighs the same at 705g.

Why the 6TB version is heavier than the 8TB version is unclear, unless, perhaps, the 8TB is also helium-filled and so has lighter platters.

Seagate doesn't provide a lid-off image so we can't count the platters. 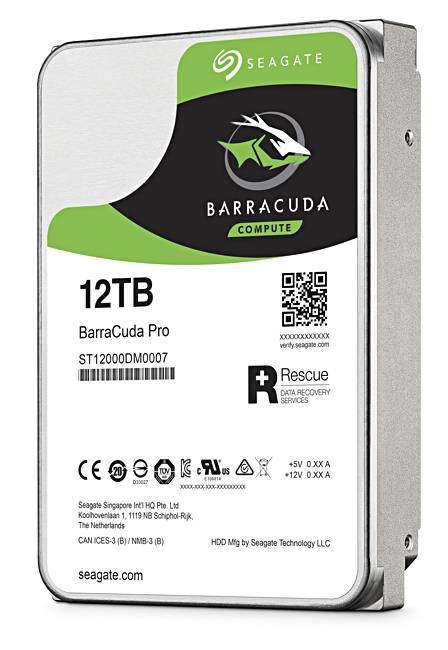 They have a five-year warranty, a 300TB/year workload limit and support 8,760 power-on hours/year (24x7 operation).

At 12TB the IronWolf and IronWolf Pro are claimed by Seagate to offer the highest capacity, reliability, performance and system scalability in the industry. WDC's Red and Red Pro NAS drives top out at 10TB. 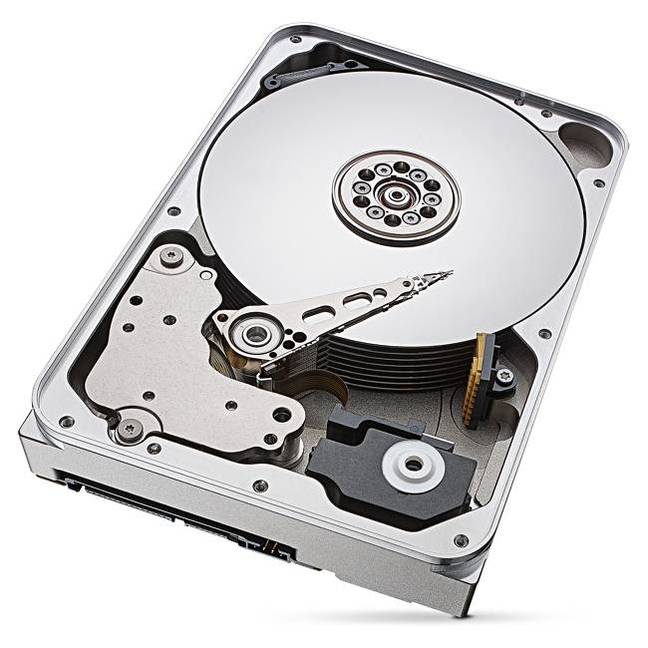 IronWolf Pro is a more reliable and hard-working drive, coming in 12, 10, 8, 6, 4 and 2TB versions. It is for 1 to 16-bay NAS enclosures, has 300TB/year workload support, a 1.2 million hours MTBF, and a 5-year warranty, making IronWolf look a bit shabby in this department.

Both lines support Seagate's IronWolf Health Management (IHM) software. This operates on Synology DiskStation NAS, Asustor NAS, and QNAP NAS systems. It displays actionable prevention, intervention or recovery options for the user, and will be available within the next quarter with NAS partners.

The 12TB versions of IronWolf, IronWolf Pro and BarraCuda Pro are now shipping to customers worldwide. ®