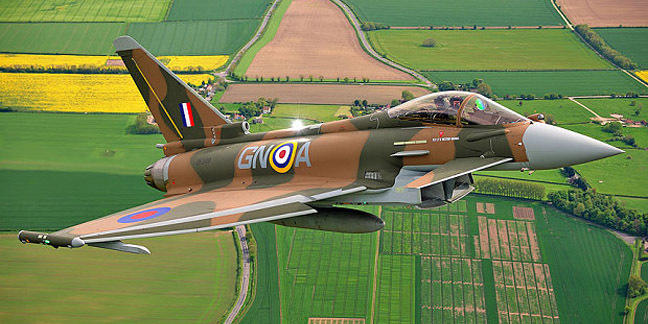 BAE Systems, maker of military machinery, is to slash more than 1,000 jobs, according to reports, with most roles affected at its Warton plant in Lancashire, England – the main factory that builds the Eurofighter Typhoon.

While nominally a multinational aircraft, the Typhoon is effectively a BAE design from top to bottom and under the sovereign control of the UK; in September, Defence Secretary Sir Michael Fallon signed a letter of intent with the Qatari defence minister to sell the Middle Eastern nation 24 of the fighter jets, as built by BAE Warton.

"After a number of years of negotiations between our two countries, I am delighted to have been able to sign today with Qatar's Defence Minister, this Statement of Intent on the purchase of 24 Typhoon aircraft by Qatar," burbled Sir Michael at the time.

Meanwhile, Sky News reported that the Warton redundancies "are understood to relate largely to a continued slowdown in production of the Eurofighter Typhoon fighter aircraft" and referred specifically to an upcoming potential deal with Saudi Arabia. The Saudis already fly a relatively large number of Typhoons, as can be seen by looking up serial numbers ZK060 onwards on an unofficial UK military aircraft serial number database. Military aircraft built in Britain for export customers are put on the UK military register for flight testing and delivery.

The Financial Times reported this morning that a potential order for 48 more Typhoons from Saudi Arabia may not materialise, adding: "BAE's jet exports are likely to halve in 2018, and again in 2019," quoting figures from an industry analyst.

The expected redundancies would come three months after BAE's new chief exec, Charles Woodburn, took post. In an August statement, Woodburn said: "We are confident that we will win further Typhoon orders, what we can't be confident around is the timing."

More than 9,000 people are employed at Warton and the neighbouring site at Samlesbury, both in Lancashire, according to the BBC. A BAE spokesman told the broadcaster: "If and when there are any changes proposed we are committed to communicating with our employees and their representatives first." ®

'As soon as I got the note saying I'm inside, I started chasing another role'

Demonstrator dusted off, but will people trust it?