Which means higher capacity, according to L2 Drive

The company was founded in January 2016 by CEO Karim Kaddeche and COO John Wang. Kaddeche has no direct disk drive storage industry experience, having been a product management director at the Descartes Systems Group. Before that he spent more than 14 years as CTO at GeoMicro, a GPS software firm. Wang accompanied him in both these businesses.

Storage industry veteran Steve Sicola is a board director for L2 Drive, which he describes as "a Stealth IP Company in the area of storage devices". 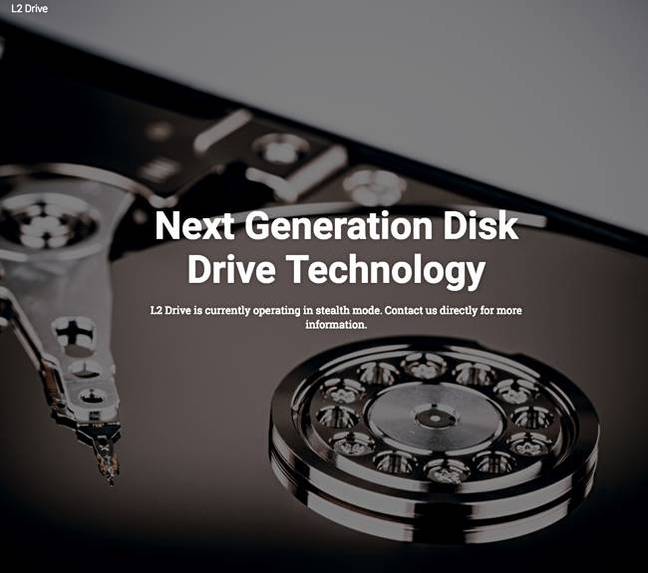 We know of no other L2 Drive employees nor any funding history.

Kaddeche has a number of filed patents which aim to get a disk's read-write head closer to the magnetic recording layer. If this can be achieved, the head can read smaller magnetic fields, meaning the magnetised bits on the disk's recording media can be smaller. Smaller bits mean more data can be crammed on the disk's surface, increasing its capacity.

Currently disks have a lubricant above the recording medium layer to protect its integrity, which is affected if the read-write head touches the disk's surface. Better control of the head-disk separation distance would allow the lubricant layer to be dispensed with, allowing the head to be closer to the disk and, in turn, enabling smaller bits.

There are three patents of interest we have found:

We assume that the only market for L2 Drive's intellectual property, its patents, is among the three disk drive manufacturers – Seagate, Toshiba and Western Digital. If one or all of them think its technology is usable then they could try to buy the company or license its IP. ®