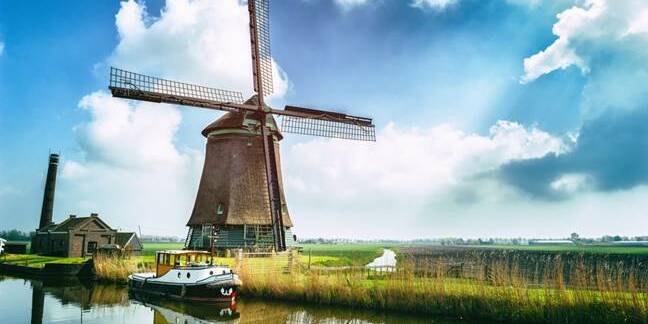 Yet another European nation is turning up the heat on Microsoft for extracting heaps and heaps of telemetry and other intelligence from Windows 10 PCs.

This time, it's privacy authorities in the Netherlands who are calling out Redmond for its hog-wild harvesting of data from machines that run Windows 10 Home and Pro. The Dutch Data Protection Authority (DPA) said on Friday it will impose sanctions on Microsoft should the American tech giant fail to make changes to its software.

Of particular concern to the agency is the way Windows 10 collects and transmits user telemetry data, and the way it gets user consent to slurp their goodies. Essentially, we're told, the operating system does not make it clear what information is beamed back to headquarters and why, and the Dutch want this clarified and made obvious to punters.

"Microsoft does not clearly inform users about the type of data it uses, and for which purpose. Also, people cannot provide valid consent for the processing of their personal data, because of the approach used by Microsoft," the DPA said.

"The company does not clearly inform users that it continuously collects personal data about the usage of apps and web surfing behaviour through its web browser Edge, when the default settings are used."

While the DPA does say it would consider imposing sanctions on Microsoft, both sides say they are willing to work out an agreement to bring Windows 10 back in line with the DPA's privacy guidelines.

Likewise, Microsoft says it will work with the agency to come with a solution, though Redmond also took issue with some of the DPA's findings.

"We welcome the opportunity to continue to work with the Dutch DPA on their comments related to Windows 10 Home and Pro, and we will continue to cooperate with the DPA to find appropriate solutions," said Windows and devices group privacy officer Marisa Rogers.

"We have also shared specific concerns with the Dutch DPA about the accuracy of some of its findings and conclusions."

This isn't the first time Microsoft has taken criticism from a European government for its privacy policies. Authorities in Germany, Switzerland, and France have all at one time or another expressed concern over Windows 10's collection of data – which ranges from lists of installed apps and hardware to potentially copies of personal documents that cause programs to crash. ®