Huawei dunks server triplets in Skylake for a v5 refresh

Earlier this year Huawei started the Skylake refresh of its server products, commencing with its E series blade servers – the CH121 and CH242 V5s. 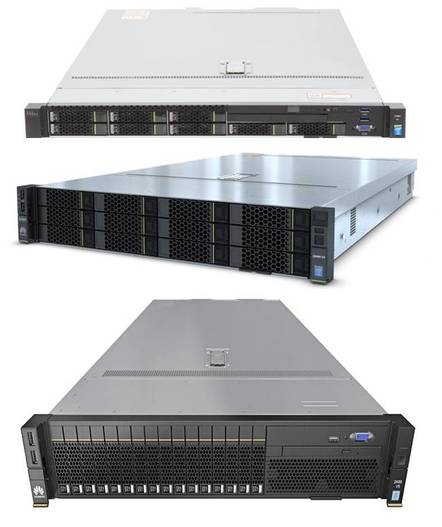 These three v5 servers logically replace the existing v3 1288H and 2288H rack servers. There wasn't a v3 version of the 2488 box. Their networking features LoM (LAN on motherboard), with programmable converged NICs with 25GbitE connectivity.

There is a built-in Fault Diagnosis and Management (FDM) mechanism, and a patented Dynamic Energy Management Technology (DEMT), which Huawei says can reduce system energy consumption by up to 16 per cent with constant CPU loads. Think variable fan speed-type stuff.

Due to anti-China feelings in the US, these Skylaked Huawei servers may not make much impression in North America, but server vendors had better be prepared to meet them elsewhere.

Huawei's high-density X server line is still at the v3 level as are Huawei's KunLun and TaiShan servers. We can probably expect them to get Skylaked too. The heterogeneous computing G-series servers were given Tesla GPU acceleration in September, but we have no main processor details yet. ®